Most conservative pundits are slowly — if reluctantly — acknowledging the impact of Clint Eastwood’s performance last Thursday at the GOP Convention.

I say “performance” because that’s what it was. I missed identifying it at the time because, like most, I was locked into convention mode.  Hopefully you heard Michael Barone’s explanation of it’s intent on Hugh’s show Friday, and Hugh Hewitt’s analysis of the impact.

Eastwood is one of the premier actors and directors of our time. If you need further proof that his performance was intentional, dust off a few classic Jimmy Stewart movies. The resemblance is unmistakable and surely not accidental. This past weekend, I watched the 1950 Harvey — a  family favorite — and was blown away by the similarities between Eastwood’s bit the other night and Stewart’s typical mumbling and bumbling, man-about-town routine. The fact that you can’t really follow everything he says only increases the authenticity of his performances.

I suspect that when political historians look back on this race in a few years, they will speak of Eastwood’s performance as Romney’s version of Reagan’s impromptu, “I paid for that microphone.” Romney’s smart enough to enlist someone who knows a little bit more about drama to tackle that one on his behalf. In fact, I would argue that is precisely what makes Romney a great leader. He knows his limitations and readily invites those with more appropriate strengths to join the cause.

But did Eastwood go too far? Should people of faith be concerned? As an evangelical Christian who engages in public life and policy discussions, musn’t I be ever vigilant about crossing that line of disrespect toward those whom God has placed in authority over me?

It is a further step in debasing our political discourse. Mr. Eastwood “cleverly” used, without saying, the “f-word” to describe our President. As a member of the loyal opposition I say: “God save the President of the United States” while preparing to vote against Mr. Obama.

His comments caused me to question my own take on the performance. I confess I feel the same uneasiness at the crassness even while I admire the political machinations behind the move. I’m reminded of the Biblical injunction:

Render therefore to all their due: taxes to whom taxes are due, customs to whom customs, fear to whom fear, honor to whom honor. (Rom. 13:7)

I think we can criticize without being crass. We can critique without lowering ourselves to the level of the opposition. If we feel we must do that in order to win, what does that say about where our hope is in the first place?

What do you think? Did Eastwood go too far in his comments?  Leave a comment of your own to let your voice be heard. 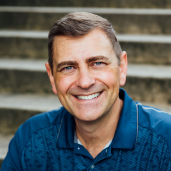