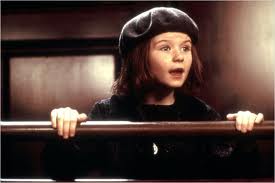 Evelyn tells the true tale of Desmond Doyle, an Irishman abandoned by his wife, out of work, and at war with Ireland over an archaic child custody law. The lyrical and poignant film captures the beauty and poverty of 1953 Ireland.

But little Sophie Vavasseur is the real heart and show stealer as Evelyn, Desmond’s hopeful and determined 8 year old daughter. 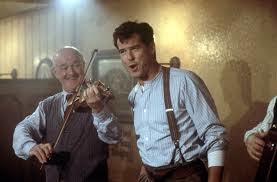 The scenes move from a miserly, tiny apartment, to the local pubs filled with Irish ballads, smoke and over-flowing pints, to tense and stern courtroom queries and arguments.

Awash with settings of heart-aching beauty and harsh reality, producers Pierce, Beau and Michael Ohoven, and director Bruce Beresford, weave a jewel of a drama. The plot pits Desmond’s and other’s true (Catholic) faith against the rigid adherents to the Irish Children’s Act of 1941.

This movie, Evelyn, may be 10 years old, and its setting older still, but the story of a father’s love transcends periods and countries.

This jaunty story easily hooks any and all viewers, of any and all ages, and will inspire those watching with a touching message of hope.