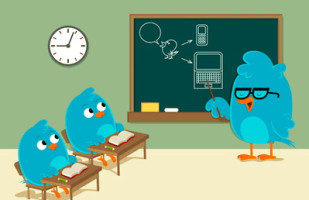 Now that many of you have read my first piece, Twitter for Newbies, you have acquired accounts, created and uploaded avs and started your Twitter voyage.

You may have even become a bit addicted as you are baptized into a world of thousands of conservative, kindred spirits.

But now you wonder, “What’s next? This is fun…but HOW can I use this form of new media to effect any change?”

Contrary to popular opinion, twitter is not a mere megaphone for narcissists: it can be a cyber bully pulpit for enduring ideas and urgent announcements. But the most valuable and critical information can only do good if an audience exists to receive the message.

Find people who are worthy to be followed, those who have proven to be intelligent and credible. Read their tweets, read their books and articles, listen to their speeches and radio shows, and follow those whom they follow.

There are many more fine conservative “tweeps”, but this is a good start. These 10 tweet often, and tweet with purpose. I want go to people that I know are trustworthy sources of solid information, and the aforementioned are just that…and some are even friends. Follow them and follow those people they follow.

Retweet their tweets: riding on the coat-tails of those who know their subject is not only efficacious, it’s flat-out smart. Fear not–as you RT tweets of substance, you will begin to accrue followers, which increases your reach.

Step 2: Check and Double-Check Your Sources

Tweeting out links to articles, speeches and such is a terrific way to amplify our Conservative message–but don’t be lazy. In this era of the cyber highway, no one is excused an error of bad information. Google everything.

Once you find a credible source, such as Victor Davis Hanson, The Weekly Standard (especially Fred Barnes), Charles Krauthammer, Thomas Sowell, or Townhall.com, bookmark those sites and visit often.

You will gain followers and be retweeted as you gain a reputation of trustworthy and timely information. Further, with the ability to shrink URLs with either bit.ly or Tweetdeck, citation is a cinch and imperative.

Although you may be tweeting credible, dire information, unless you have tens of thousands of followers, those tweets hurl out into the cybersphere and are lost without hashtags. I never, ever send a tweet without #hewitt (the current hashtag of the Hugh Hewitt Radio Show), and almost never without #tcot (Top Conservatives on Twitter).

Depending on the time of year or recent, trending events I may add appropriate hashtags such as #MemorialDay, #Election2012, #MolonLabe, #2A (Second Amendment), #Christmas or #9/11NeverForget, etc. I also enjoy tweeting out birthday greetings, attaching a Youtube song, and ending with #HB?? (Happy Birthday + initials).

Remember, one of the best uses of twitter is rapid-fire dissemination of information, and it’s power is that of exponential amplification. If even 10% of my 26,000+ followers RT, and 10% of their followers RT, the potential reach of the intended message is HUGE! We can combat the stranglehold of MSM on news and information with new media such as Twitter.

Conservatives must be sharp and tech savvy: our values are valuable and worth teaching. Plus, the younger generations will read tweets, and if we’re clever, we may hook them on substantive books, teachers, economists and common-sense wisdom that will shape their world-view. Time is of the essence: an election is nearing and people must hear the truth!

Step 5: Thank Followers and Those Who RT 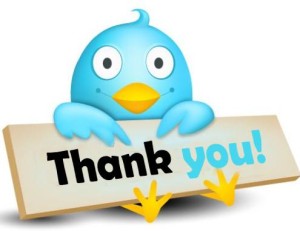 Yes, this seems quite obvious as well to a conservative–we believe in gratitude. A grateful spirit is an attractive spirit, and will earn you more followers and friends.

Hugh Hewitt has frequently quoted C.S Lewis (my favorite author),“There are no ordinary people. You have never talked to a mere mortal…it is immortals whom we joke with, work with, marry, snub and exploit – immortal horrors or everlasting splendors.”

Or as my mom would often say, “They may be angels unaware.”

I also never engage in inflammatory tweeting–I will answer anyone with stout conviction, but my replies will remain respectful. After all, we are out to win hearts and minds, and the winning comes with polite, if firm, persuasion. 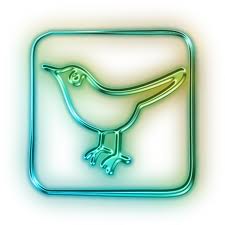 Twitter at first blush is a mere amusing past-time, and may even seem like a “time drain”. Oh it can be fun–absolutely!

Join some of us during big football games, or during debates moderated by elites asking elitist and trivial questions…then you’ll see the splendid humor of so many on the right.

But Twitter can also be a powerful media application, which used to good affect, can span the world with life altering news. I say we use it as though our values and Republic depend on it…and so they do. 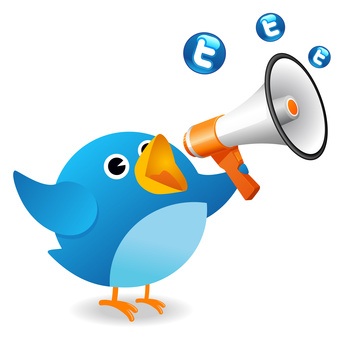