Now that the bizarre sideshow known as the Democratic National Convention is over, we can go back to the task of defeating the Democrats and saving America. But as we do, we need to remember what went on this week because it is instructive as to who we are dealing with. Among the many highlights from Charlotte this week:

1) Democrats boo God: This moment will be the most talked about from Charlotte because it cemented in many people’s minds that Democrats hate God and any reference to Him. Who can forget Los Angeles Mayor Antonio Villaraigosa calling for the motion to put God back into the platform? He called for a vote three different times and each time, if you gauge the volume of the “Ayes” and “Nays”, the “nays” clearly were in the majority. But, by the third time, Villaraigosa realized he was not obtaining the desired result, so he merely ruled in favor of the ayes. And all hell broke forth. They booed because, truthfully, they didn’t want God in the platform. They didn’t want to acknowledge Jerusalem as the capital of Israel. What do you expect from a party that routinely mocks Christians and uses the rule of law to undermine Christianity in the public square? Also, let’s not forget that within the Obama regime, some have actually referred to Jerusalem as Al Quds (the Arabic name for the city). What does that tell you about their opinion of Israel? For more on Obama’s treatment of Israel, Tamij has written eloquently on this earlier this week.

2) Sandra Fluke: There is something horrifying about a woman in her 30’s who is famous and addressing a political party’s convention for the sole reason that she claims to be having so much sex that she is going bankrupt. The Democrats put their moral depravity on display by having her up there, and she showcases her lack of character by insinuating that she has no obligation to exercise self-control. Her claims that there is a conspiracy to silence her and her willingness to play victim really add to how insufferable she is. The only surprise is that she would have to spend any money on birth control in the first place.

3) Elizabeth Warren: Every time this woman speaks, she proves that she does not have the intellectual capacity to be in the Ivy League. From her assertion that “corporations are not people” to her “nobody got to be successful on their own” diatribe, Warren is an intellectual lightweight who the Democrats trot out to prove their “diversity”. Of course, Warren is now infamous for pretending to be an Indian in order to gain access to a job at Harvard, which is more evidence of how incredibly stupid this woman is. She couldn’t get the job on the merits, so she passed herself off as an Indian. So in addition to not having intellectual rigor, she’s also a liar. She fits right in with the rest of the Democrats.

4) Bill Clinton: There’s something hard to take when Democrats accuse us of being stuck in the past while they trot out Bill Clinton and Jimmy Carter to make their case. Especially since they think that the Clinton-era economy is reason to vote for Obama. For all the bragging about the boom during the Clinton years, no one on the left wants to acknowledge the truth: that Republicans forced Clinton to do all those things he takes credit for. If Obama expects to get reelected on that basis, he’s a few citron short of a fruitcake.

5) Obama himself: Perhaps the biggest insult of watching the Obama speech (yes I did watch in spite of earlier pronouncements that I wouldn’t) was the repeated use of straw men. It was the Million Straw Man March because he refused to argue against what Republicans are actually doing. Instead, he accused them of doing things that no one has said or implied, and then rails against those supposed actions. For example, he said, “I don’t believe that firing teachers or kicking students off financial aid will grow the economy, or help us compete with the scientists and engineers coming out of China.” My first question was, “Who is suggesting that we fire teachers?”

He also said, “Over and over, we have been told by our opponents that bigger tax cuts and fewer regulations are the only way; that since government can’t do everything, it should do almost nothing.” Mr. President, find me one person who has said that the government should do almost nothing. He repeatedly mis-stated about our positions because he is intellectually lazy, just as many on the left are. They don’t engage us on the merits of our arguments, rather, they ascribe to us false positions that are easily demagogued.

This convention put on full display the intellectual indolence of the left; they lie, they distort, they flash shiny objects, and that is why Sean Hannity referred to this as the “Reinvention, Smear, and Slander Convention.” Because the truth is the most effective weapon we have, the left has to rewrite the record to favor their side. We will see Obama/Biden engage in the most deceptive, duplicitous, demeaning, and demented campaign of the last century. (case in point– the “Romney killed my wife” ad)

I am still cautiously optimistic of a 1980-esque landslide on November 6th. Now that the conventions are over, we have 60 days to take back the country and save the Republic. 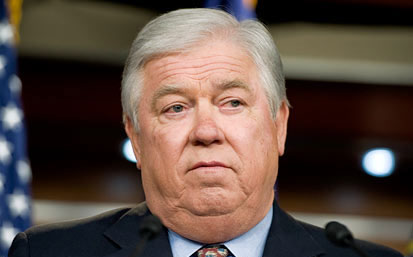