Since the tragedy of Sandy Hook, panicked administrators have been struggling with school policy, trying to address parental concerns, and trying to prevent something like that from happening at their school.

The problem, though, is that Sandy Hook was not a failure of school policy or law enforcement. Sick people are unpredictable. Even trying to help them or stop them can set them off. Ironically, in this case, the decision to intervene may have triggered the decision to kill. Nevertheless, some administrations seem to be overreacting with panicked attempts to “do something.” 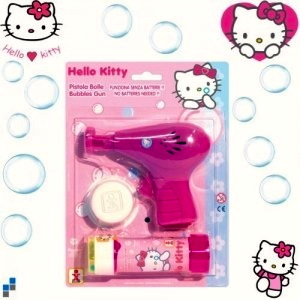 Lately, I have seen some disturbing articles involving young school children. By ‘disturbing’ I also mean angering and frightening. For example, take this five-year-old girl, a student at Mount Carmel Area Elementary School in Pennsylvania, who was suspended, placed under psychiatric supervision and accused of “terroristic threats” after talking about shooting a Hello Kitty bubble gun at another student.

According to CNN, she uttered “I’ll shoot you, you shoot me, and we’ll all play together.” Subsequently, she was called into the principal’s office, interrogated without her parents being present, and told she could “go to jail …” After that, she was subjected to a blizzard of behavioral analysis, punishment and correction.

Terroristic? Jail? Really? By the time it was all over, the concerned professionals in charge learned that this girl “loves” her friends and “didn’t mean anything bad.” Good thing! Imagine she said something in anger! What if she’d had a high-capacity magazine in that bubble-blower! She could end up at Guantanamo Bay.

When I was a kid we used to joke, “Don’t make a federal case out of it.”

Nowadays, a girl mis-stepping in play with her friends can literally become a federal case.  Clearly, with a lack of common sense, with a lack of school personnel using the discretion of personal knowledge, with a preponderance of “zero tolerance” policies, with a lack of flexibility in response to circumstances, and with over-reaching regulation, an innocent child can now be considered a terrorist. Amazing!

I’d like to say that I don’t believe anything like this would ever happen at our school. But if it can happen to this poor little girl then it can probably happen to anyone! It can certainly happen to David! You see, David is a boy! He likes to pretend to fight. I’ve tried to get him interested in dolls; but he’s not, unless you count toy soldiers. He doesn’t care for tea parties, unless you count roasting plastic marshmallows and bacon over a campfire. He doesn’t much like to garden, unless you count climbing trees on a Bunny Scout hike. He likes cooking though, as long as he gets to cut something up. 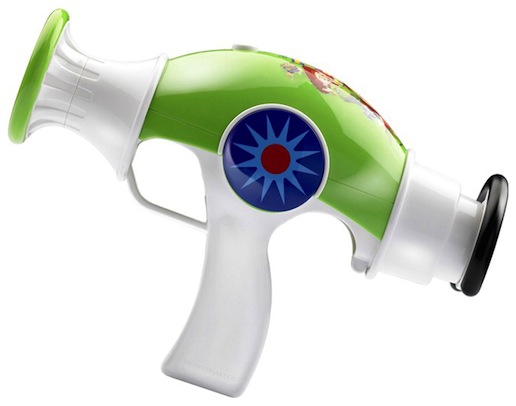 David would never intentionally hurt anyone, but he has an arsenal that would make a Hello Kitty Bubble Gun seem like child’s-play! There are Thor Swords with Hammer, the power of Asgard; black, scary-looking rubber knives with Hook’s hand from Peter Pan. Swords and pistols from Pirates of the Caribbean; a Buzz Light-year ray-gun that breaks eardrums with obnoxious sounds; a chirping gun from Lilo and Stitch that shoots you with a laser star; western-style six guns with holster from Tombstone; a couple of really loud cap-guns, curved Arabian-style swords from Aladdin, light-sabers of various styles, sizes, colors and sounds … these can cut you in two; Hulk Hands to beat you with; Nerf guns … revolvers that can load and shoot 5 rubber darts without reloading; Nerf swords, a sword and shield once used by Prince Phillip in Sleeping Beauty, swords he won with tokens at Pizza Hut; water guns, water cannons, and other random instruments of playful destruction. All that’s missing is a Red Ryder BB Gun. You get the picture. 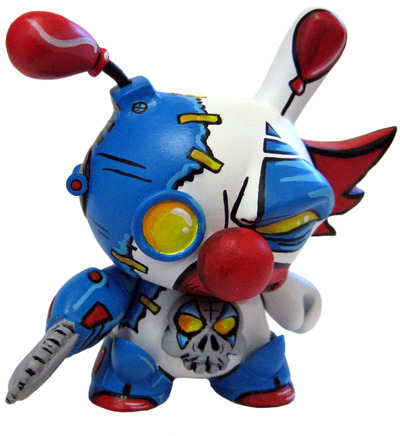 With these weapons, David battles “bad guys” – Clown Robo, Sephiroth, Rainbow Butterfly, Emperor Griffin, Mister Sandman, Black Bart, scoundrels and scowling men in black hats. He likes to fight to music – turning up the volume from related soundtracks. He knows who the bad guys are and he knows he should fight them.  He likes to draw pictures of these various heroes and villains too, so you may see some otherwise disturbing scenes portrayed by him in school, or hear him discuss these characters and how they may be dispatched.

Sometimes we’ll role-play, fighting while taking turns being the bad guy. One of us may get hurt by hit or by poke, but this is how David learns to control himself. He learns that he can hurt someone if he plays too hard. This is part of growing up. I could easily see him saying “I’ll shoot you, you shoot me, and we’ll all play together.”

Even with all these weapons, David has never dreamed of intentionally hurting another person. No weapon has ever tempted him to hurt anyone.  Why not?  Well, truth is, we teach him to do no harm. We teach him it is wrong to hurt or kill. We demonstrate respect for people even if we disagree with them.

These are Judeo-Christian values, though you may have lately heard otherwise.

Oh, and David is not mentally ill. If you were to try to hurt someone then David would try to stop you. David, also, “loves” his friends and “doesn’t mean anything bad.”

David is not a threat. Anyone ever claiming otherwise does not know him. In the event that David ever says, does or draws something that is otherwise misconstrued then please call me immediately. I’ll explain and intervene. Do not punish him. Do not interrogate him. Do not threaten him.  Just stop him and call me.  Don’t make a federal case out of child’s-play.

Otherwise, Pardner, I’m here to say you’d have a problem – one the size of all the good guys with white hats in Texas. 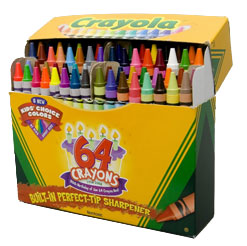 No, ‘I’ Restored American Leadership