When convicts and con men run your community, things don’t look so rosy. 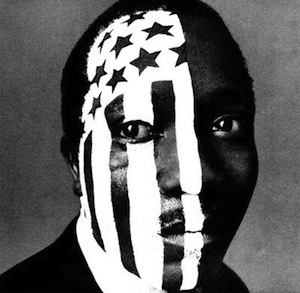 We’re deep in the thrall of an ” Anything Goes ” spell, which is marching us straight to hell! Marxist moral relativism has watered down Black America’s pulpits and even the loyal opposition of once brimstone and hell-fire preaching Black Muslims now sings this sad tune. American Blacks have succumbed to what ate ancient Rome alive from within, and perhaps made our own ancestors vulnerable to outside domination.

Some community theologians of various faiths opine that our forebears rejected the path God ordained and set into motion the cycle of past enslavement and present deprivation Blacks globally experience. From America’s Hood, the sunny Caribbean, Africa, Asia, Europe, and Australia–Black people are poverty stricken.

Theories abound as to why, but this stark fact remains: “Anything Goes” has gutted the institution of traditional marriage in the Black community. A harsh pronouncement to be sure, but not without precedent in varied scripture and historical analysis. Some of our White brethern in various faiths have arrived at the same conclusion regarding themselves.

Those who applaud Obama’s support of Gay marriage, should recall his daughters have something nearly 80% of their peers don’t: a father in the home.

Friends, I’m not a bible thumper nor slapper of other religious texts. All I’m doing is sharing meta-physical musings on what “Anything Goes” means for my community and America’s spiritual future.

I won’t debate whether hell is a state of mind or an extra-special destination. I do think continued “Anything Goes” acceptance for another generation will have American Blacks finding out sooner than most.

We’re experiencing hell on an installment plan and each decade we move deeper toward inescapable chaos. That’s why I promote old school values. Such self-governance is our only hope of deleting ” Anything Goes ” from today’s social software. At days end, cultures that don’t embrace ” Anything Goes, ” while imperfect, still aren’t making reservations for hell on an installment plan.

Sounds good to me.

America, regardless of your slice of it, was once like that.

Lets make her that way again.

Choosing ” Anything Goes ” is the worst choice of all.

“Be your OWN Superhero!”