Anyone on the Right who didn’t think that there was a “GOP establishment” better get acquainted with Karl Rove’s latest efforts to meddle in primaries.

Rove has established the Conservative Victory Project, an attempt to find “electable” candidates for Senate races in 2014 and beyond. For anyone who didn’t just walk into this battle 10 minutes ago, “electable” is generally a term used by people who want to nominate moderate candidates instead of actual conservatives while being able to deny that’s what they’re doing. 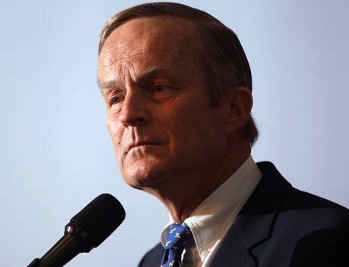 We keep hearing from people like Rove that we need to prevent people like Todd Akin from being nominated again. Akin’s name is being used to smear the Tea Party and give credence to the idea that we need “the grown-ups” to take charge of the Republican Party. In order to establish the terms of this debate, we need to clear up more than a few misconceptions about Tea Party conservatives vs. more moderate types:

1) “Electability” has never been an objectively defined term. When used by the GOP, it usually is a way to protect incumbents, even when their record proves that it’s not worth protecting. Notice that the term is usually applied to people whose conservatism is in question, like Charlie Crist, Richard Lugar, Mike Castle, Mitt Romney and John McCain. All of these candidates also have something else in common: they all lost. We keep hearing about Todd Akin, Richard Mourdock, Sharron Angle, and Christine O’Donnell, because they were all “unelectable” and they lost. Notice they don’t care to observe their “electable” candidates also lost.

2) It’s worth noting that with the exception of Todd Akin, none of the “unelectable” candidates who lost their races actually imploded. Mourdock made a statement that was poorly worded, but he didn’t have a record of doing so. He also did a better job of explaining himself when he said it, though many Republicans used this as an opportunity to avenge Lugar’s massive landslide defeat in the primary. Angle didn’t have a record of saying stupid things either, and going into Election Day, she and Reid were actually quite close in polling. O’Donnell’s detractors forget that she was running in Delaware and that Republicans don’t do well in Delaware for one simple reason: it’s Delaware. Leading into that primary, she was actually trailing Coons by less than Mike Castle was. She also didn’t gaffe over and over again as is alleged. 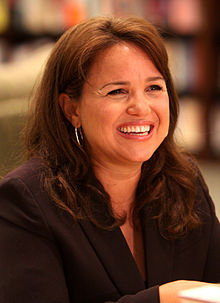 There are just too many Republicans who are content to allow a Democrat to win when their preferred candidate loses the primary (see Lugar and Castle not campaigning for Mourdock and O’Donnell upon losing the primary, and people like Karl Rove participating in the Democrats’ lying about O’Donnell).

It’s also worth noting that if conservatives sit on their hands when the moderate wins the primary (see McCain and Romney), we are accused of being sore losers. When the moderate (see Lugar and Castle) loses the primary, refuses to endorse the winner, and then subsequently lie about the conservative, they aren’t held to the same standard.

That is the danger of what Rove is doing. He’s still anathema to conservatives not just for endorsing Mike Castle (whose record is only marginally more conservative than Lincoln Chafee), but for the character assassination of Christine O’Donnell he gleefully participated in. He was on TV, passing along questionable stories about her such as the IRS lien on her house (which we later learned was that the IRS failed to remove a lien they erroneously attached), and her failure to pay student loans (because she’s the only person to ever have problems with student loans, right?).

Rove’s conservative credentials are already in question even before this because of his record in the Bush administration. If he wants to prove otherwise, he shouldn’t be seen as protecting incumbents for their own sake. He also shouldn’t be playing into this “electability” argument, not just because it’s specious at best on its face. It’s also the fact that Rove’s electability calculus made his PAC the biggest loser of 2012.

The Tea Party has a much better record of getting candidates elected than Rove does. Rove is behind such elector successes as Charlie Summers, Linda McMahon (twice), George Allen, Tommy Thompson, Rick Berg, Denny Rehberg, Heather Wilson, Pete Hoekstra, and Linda Lingle (wait a minute, my sources are telling me that they all lost).

Odd isn’t it that a man who has presided over so many losing candidates (including his early endorsement of Mitt Romney) should be making himself “the decider” of who is “electable.”