As challenges to Proposition 8 and the Defense of Marriage Act (DOMA) are making their way to the Supreme Court, we are hearing more and more from people who argue for the redefinition of marriage on the basis of “freedom.”

The argument goes “if two consenting adults want to get married, who are you to say that this is wrong?” So now, they are using freedom to push the idea that marriage should be between people of the same gender. This is a radical misunderstanding of the concept of freedom.

Freedom is not an end-all and be-all which means you do whatever you feel like doing without consequences or criticism. Furthermore, freedom does not mean radically redefining the most important institution in all of society (for the reason that is allows society to perpetuate itself). People who want to redefine marriage are actually undercutting any pretense of freedom.

There is a fundamental misunderstanding of the entire institution of marriage. Previously, people knew marriage was not merely a union of two consenting adults (or as Slow Joe said in May 2012, it’s all about who you love), abut rather the uniting of a man and a woman in the bonds of Holy Matrimony. This is an institution that predates any government and its purpose is to protect children that are sired through that union. 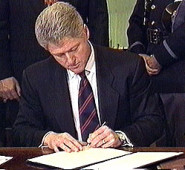 Children need both a father and a mother because they provide different atributes for their children. Studies show that the best way to produce healthy and well-adjusted adults who can survive in a free and democratic society is to have them raised by a married mother and father. Marriage was devised for that purpose, and that is why it is set aside and apart from any other kind of union.

When marriage becomes about the adults, however, the welfare of children becomes secondary. The notion that the government must make all relationships equal consumes you and the reasons for marriage become muddled. The reason that a union between two men or between two women is not a marriage is simply biology: two people of the same gender can’t produce a child. A union between a man and a woman can produce a child, and thus, the distinction that proponents of same-sex marriage completely throw away in their calls for “marriage equality” and “the freedom to marry whomever one chooses.”

And this note for those of you who fancy yourselves libertarians: the redefinition of marriage is the ultimate call for big government. As previously noted, marriage is not defined as between a man and a woman because a government said so. But marriage is defined by God, predates government, and government’s only role is to protect the children created by that union so that the parents can’t run out on them.

Allowing the government to redefine the terms of an institution that they did not create is a massive power grab. And considering that the government already has passed a healthcare law that forces Catholics to subsidize abortion and birth control, this is going to be another venue to undermine religious freedom. 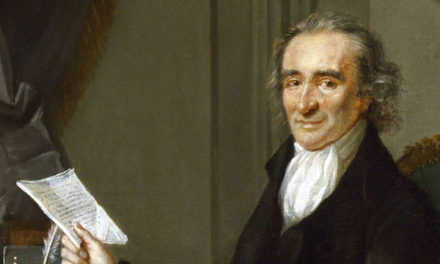