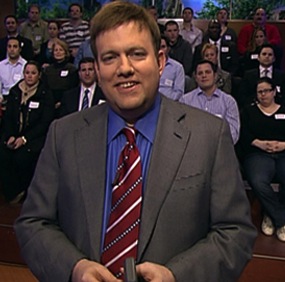 By the way, no mention of a path to citizenship in this spot. I wonder why that is? Every word of it is focus-group tested for maximum effect, you can be sure.

They probably used Frank Luntz and found out that ‘path to citizenship’ gets a negative response. You know what’s Conservative? Not granting citizenship to someone who has entered the country illegally while those who applied legally are still waiting! That’s going to the back of the line!

No federal benefits, no welfare, no Obama-care, nothing.

Pinocchios! Our fine Senators are arguing over Obama-care to this day! I don’t think Schumer’s Republicans are going to get a pass on this one either. Once legalized, immigrants would typically have access to welfare.

I don’t know what they mean about federal benefits, but I guess they don’t count hospital emergency care, education, and ultimately every other kind of assistance. Let’s face it, they’ll get whatever they need to be kept in this country invisibly, without being out on the street, just like all the poor unemployed who have given up looking for work.

It’s a tough approach, and Conservatives are working to make it tougher. But it’s fair and enforceable, and that’s the opposite of what we have now. Call Congress. Tell them to fix our broken immigration system.

Queue the laugh track. It’s not fair to legal immigrants, who have waited, or to low-wage workers, who will be competing for work with waves of chain-immigrants. It’s not enforceable if we rely on DHS. This would be a tough approach if true – but clearly, it’s not!

Why do they describe it as a tough approach? Because people don’t want another wave of illegal immigration, and they know it. Why doesn’t the  pro-amnesty gang want a truly tough approach? That’s a piece for another day.

After listening to this ‘Conservative’ spot, I decided to check out this group–to find out who they really are, just for fun.

Turns out, it’s a wing of Mark Zuckerberg’s new group FWD.US! That’s FORWARD dot US, for those of you in Rio Linda. Clever, eh? Where have I heard that motto before?

Of course! It’s Mr. Facebook and his friends Bill Gates of Microsoft and Eric Schmidt of Google. Last I heard, none of these guys are Conservative! That’s a true fact! Mark Levin Leviscerates them here.

So, who are those guys?

In a word, imposters. They are Liberals, claiming to be Conservatives. Here we have them, dead-to-rights, lying through their teeth with forked tongue. Lying, to fool those they believe to be uninformed and gullible, right-wing, knuckle-draggers.

Lying, to fool the “mind-numbed robots” on talk-radio, as Rush likes to chide. I’m sure they spared no expense – this is propaganda at its finest, naked posturing partisanship. And to think that we get lectured on civility by these elitist rubes! Remarkable!

It does not give me a warm-and-fuzzy feeling given, for example, the NSA’s PRISM program, how in-the-tank these tech companies are with the DHS and Obama Administration. For these companies, what do you think is the value of that business? What do you think are the implications of a techo-government complex like this?

To the honest Libs out there, please consider –

If they are willing to lie to our faces like this, then how can they be trusted at all?

If they’ll lie to us, then they’ll lie to you! You are being lied to – about a lot of things. You might want to take this to heart. You have been warned.