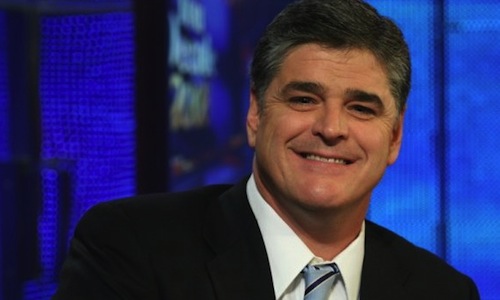 On the Monday edition of his radio show, Sean Hannity called the Obamacare hotline.

Since President Obama had given out the number during his presser in the Rose Garden earlier in the day, it seemed like a good idea. He managed to get through to a representative named Erling Davis.

After a few minutes of talking about the ‘glitches’ on the Obamacare web site, Hannity veered off and the conversation went into subjects such as her living in Panama City, Florida, the fact that she doesn’t vote, her lack of knowledge of certain talk radio hosts, and the differences in weather in Panama City and New York.

He even got her to read the script they are given on air:

“Thanks for your interest in the health insurance marketplace. We are having a lot of visitors trying to use our website right now. This is causing some glitches for some people trying to create an account or log in. Keep trying and thanks for your patience.

You might have better success during off-peak hours like later at night or early in the morning. We’ll continue working to improve the site so you can get covered.” (And that’s it.)

Erling admitted that there are scripts for everything: they have to type in keywords and then the script comes up for them to read to the consumers. The conversation then goes meanders into the absorbent costs of making the non-functioning website, and then he told her about the broken promises that we were sold about Obamacare.

Hannity complimented her on her professionalism and how nice she was on the call. This audio has now gone viral and among the questions that most came up following this exchange, many twitterers worried that this exchange could get Erling fired.

Among the questions he asked her “Have you ever gotten anyone who really likes it yet?”. “Um, not really,” was her response. I suspect the answer won’t please her bosses or anyone who supports the Affordable Care Act.

Among the points Hannity made during this call was the fact that Obama told people to call this number (which Erling was not aware). As the person answering the phone, Erling was instructed to send people back to the website, which does not work.

This is all a big run-around, which cannot be blamed on Erling — she is merely an employee doing the best she can while the system she works for is going down in flames for the whole nation to see.

Erling Davis gets an A+ for gracious customer service. Obamacare, on the other hand, gets a big, fat F for dismal failure!