Got an e-mail from the California Rifle and Pistol Association with this in the subject line.

But I’ve seen it several places lately so I can’t give them all the credit.  It’s a good premise to expound upon and another word of caution regarding media bias.

We love our first-responders.  We have elevated their status to where we now frequently lump them in with our military forces.  But there is a big difference between a soldier and a paramedic.  You and I can’t do what the military does.  The military has a specific duty outlined in our Constitution.  When you join the military you cease to be a civilian and vice-versa.  Not true of the people we call first-responders.  You certainly can’t do everything a paramedic, policeman, or firefighter can.  But there are some things you CAN do during those minutes while you are waiting for them to arrive.

Everyone needs a hobby.  I submit to you that at least one of our hobbies should be something that can assist or protect us in an emergency.  Rather than dwell on all of the bad things that might happen to you, remove some of those fears by preparing your mind to deal with them.  I had a conversation a while back on Twitter with a woman who flies a lot.  She was worried about the weather or something related to an upcoming flight.  I went through a checklist of basic things every airline passenger should know when flying.

Simple stuff like wearing natural fibers and counting the number of headrests between you and an exit.  She thought I was crazy.  All I did was read a little.  The things I told her were things every frequent traveler should know.  Why people avoid talking about unpleasant situations like that I do not know.  Bad things happen.  It’s not a question of if.  It’s a question of when.  Now I’m not suggesting you go full-on doomsday-prepper.  But there are relatively simple and inexpensive things you can do to make YOU a first responder instead of a first casualty.

Here’s some simple stuff you should carry with you always:

In my car, I have one of those flexible bucket doo-hickeys. In it I have assembled an assortment of stuff that might be useful in an emergency.  Let’s see what we’ve got in there:

The subtle message implied by our media is that emergencies can not be handled properly until first-responders arrive on the scene.  This of course is ridiculous.  Unfortunately, because of our litigious society, you must prepare yourself for the legal ramifications should you inject yourself into any emergency situation not involving you or your loved ones.  But you can take charge of you and your family and determine to be as little a burden as possible when stuff hits the proverbial fan.  Don’t be that guy or girl on the evening news with the 1,000 yard stare and no clue where he or she is gonna get their next meal.  We’re Americans and we’re better than that.

We have a comments section here so you can tell me what I missed.

P.S. Since I write a lot of gun-related articles on this site you might be wondering why I haven’t mentioned firearms as part of your emergency kit.  Naturally I assumed you already had that part taken care of.  Let’s save that for another time. 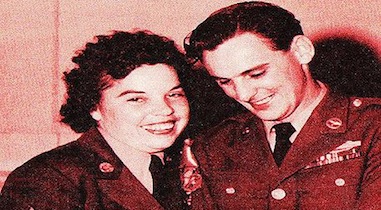