There is a growing problem in American higher education: there are far too many courses that have no academic value whatsoever.

And what’s worse is that students are majoring in said coursework and then shocked that there is no work available in those fields. If you get a degree in any kind of cultural, ethnic, gender, or racial studies, you are pretty much unemployable. 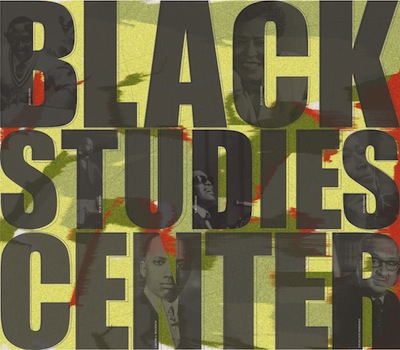 People have been led to think they can make a living in these subjects. Beyond teaching this class to the next generation, what does a degree in Gay Studies or Women’s Studies qualify you to do?

Peddling these courses as intellectual rigor does a disservice to students who spend large sums of money to take the course, potential employers who have less qualified people to hire, and academia at large–because it gives credence to the argument that many academics are Ivory Tower holdups who are detached from real life.

The teaching of these courses also has a more lasting effect on society as we’ve seen over the last four decades. As they currently exist, these courses are designed to promote the victim status of minorities and foster anti-American sentiment. The reason that we have so much Balkanization in American society is that people think that the race, gender, or ethnicity they were born with designates them to permanent victim status.

That is not a good way to think of one’s self, and people within the academy fostering that idea don’t help either. The fact that people have been called racist and have been fired for criticizing the field is proof positive that this entire line of “study” is a massive fraud. For evidence, see what happened to Naomi Schaefer Riley after she dared to criticize some of the dissertation topics of students in Black Studies courses.

• articulate how subordination is built into U.S. society through the social construction of intersecting identities and realities, institutional socialization, and the maintenance of economic inequalities.

• understand and articulate the links between race, gender and social class

•improve your ability to think critically and creatively about how the lives of all Americans are affected by institutionalized racism.

•demonstrate ability to identify social problems and frame them conceptually, for example, to learn to correctly identify and effectively oppose ethnocentrism, and racisim (sp).

You see throughout the description that the purpose of this course is to instill in the minds of students that America is and has always been racist. This is a simplistic view of the history of the United States, and to say that racism is institutionalized is incredibly dishonest. It is unbecoming of the academy to peddle these kinds of ideas, not solely because they are lies, but because these ideas breed resentment of America and lead minorities to what can become a permanent victim mentality.

The way these courses are described makes it appear as if there has been no progress on race in the entire history of this country. People of all races shed blood to atone for that which was not done at the outset. The thinking put forth here is that none of that matters, that racism is here forever in the United States. The academy does not need to foster that resentment, further, it’s profoundly dishonest.

Another problem with racial and gender studies is that only certain groups get these kinds of studies on their behalf. You go to any university and suggest a Men’s Studies course or a White Studies course and see how far you get. These courses, are designed to foster resentment and anti-Americanism. Blacks, Hispanics, Homosexuals, and Women are taught that White Men are suppressing them and keeping them down.

These cultural/gender/race studies courses preach that rich, White males are responsible for all that ails minorities, and that laws and society must be uprooted so these aggrieved parties can be avenged. This is profoundly false, it not only undermines the integrity of the academy, but it undermines the stability of society when groups of people are pitted against each other in this manner.

And that undermines any pretense of “All Men Are Created Equal,” which is at the heart of our Republic.

Part of the critique of education in the modern era is that too many students are coming out without the skills necessary to function in society. We need to be proactive and reform curriculum to make students more prepared for working and functioning in the 21st century. That also includes academic honesty in what is being taught. I hear people constantly saying that we need to change the world.

Wouldn’t it be good to affect real change by dropping curriculum courses that divide people on racial, gender, orientation lines and also do not advance academic rigor?