Like yelling “fire” in a crowded theater, these two words together strike terror in the heart of liberalists.

Why? Because these fine people see the bigger picture of our federalist republic as envisioned by America’s founders and reject the appeal to selfish identity politics liberals use to garner their vote. If black conservative thought were to catch on in the black community, then its near-universal support for Democrats would evaporate.

The other day Jake Tapper at CNN had the courage to approach Dr. Ben Carson. He asked, “why do you think there are so few African-American conservatives?” Dr. Carson’s answer was perfect:

“I actually know quite a few of them but I think, you know, there has developed a culture where one party in particular tends to be seen as the one that is protecting you, that is protecting your rights, and that happens to be the Democratic Party for many people in the African American community. What I really would like to aim toward is a situation where we get people to rise and to utilize the tremendous potential that God has given them, and to work with each other so that we can all rise together, rather than pretty much having a class of people where we kind of pat them on the head and say, “There, there, you poor little thing. We’re going to take care of you.” (h/t rushlimbaugh.com)

God bless Dr. Carson for this answer. Paternalistic liberals “pat them on the head,” like children and promise to take care of them. But we all know there is no such thing as a free lunch. Eventually, reciprocation is demanded.

So are black Americans freed from southern plantations only to become the property of northern liberals?

We should hope not, and do whatever we can to prevent this from happening.

These days, despite the racial politics and the protestations of those that cynically cry “racist” at every opportunity (e.g. Jackson, Sharpton), most people just don’t care if someone is black anymore! I mean, really – we re-elected Obama, and a great diversity of men and women now hold high positions in all walks of life.

Personally, I started my working life in Oakland, California, among many blacks in a cookie factory in the 70s. Even then I knew that color was irrelevant. The ladies on the manufacturing line called me “Stevie Wonder,” as I fondly recall. No one told us we were supposed to be at odds with each other. If there were any racists around there I could never tell. We were just not brought up that way.

In fact, the opposite was true. Later, in good economic times, nobody cared what color you were as long as you could get a job done. Now, in bad economic times, things are tough, but it’s not because people are prejudiced against blacks. If our ‘peerless leaders’ would only get their boot off the throat of our economy there would be opportunity once again, and these fine people would be employed. It’s as simple as that.

But many reporters do care if you’re conservative.  And if you’re a black conservative then they really care – political discrimination (especially within the MSM) is alive and well! Demagoging and maligning is not reporting.

When reporters are able and willing to accurately restate conservative points of view, then I will begin to believe that their reporting might be trustworthy.

I find it amusing that Jake Tapper is interviewing this great man, who may be both black and conservative, as if he just landed here on a spaceship from Mars. I almost expected Mr. Tapper to ask him if Carsonites plan to colonize Earth!

Now, I respect Mr. Tapper and would like to help, so I suggest that he and his fellow reporters consider finding and interviewing other black conservatives to become more familiar with them. Instead of dismissing them as pariahs, using prejudicial language to impugn them as right-wing, homophobic and bigoted, they would discover a whole underground railroad of considerate, well-educated, insightful, moral, helpful, persuasive men and women who happen to be black and conservative.

Wouldn’t it be great to hear the many interesting and wonderful stories – to hear how these great men became conservative, and why? 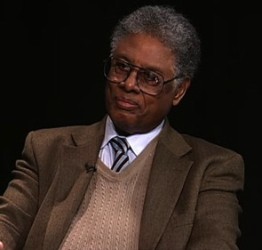 We might also hear about how they are discriminated against in academia, in the media, and derided politically because they are conservative rather than black, and because they dare to stray from the designated liberal plantation. We might even hear about the threat a black conservative movement would be to the liberal establishment. Hmmm … could be good for ratings too.

Please, I beg of these reporters: stop demonizing black conservatives and you may find there are more of them than you thought. Report what they have to say honestly, and you will find that many others agree with them. Interview them in some depth, and you will start to really understand what they are driving at.

Just defining ‘conservative’ as one who believes in a federal government with limited and enumerated powers, decentralized and self-governance, self-empowerment, and equal opportunity – is it so hard to believe that there is a rational case to be made for these ideas?

This is, after all, the way of freedom espoused by our nation’s founders and enshrined in our federalist constitution.

Reliance on the largess of bankrupt, northern, liberal state paternalists is not a good long-term strategy for blacks.

I believe that the time is right for this new generation of conservative black leaders, patriots, constitutional federalists and free men to inspire us all with their wisdom, to lead people in the ways of freedom and morality, to empower people to assist each other, and to counter those who would divide us. As Dr. Carson put it, to “get people to rise and to utilize the tremendous potential that God has given them, and to work with each other so that we can all rise together.” The least our constitutionally-protected media could do is to honestly report about this. Otherwise, one might reasonably ask, “are they prejudiced?”

“I prefer the tumult of liberty to the quiet of servitude.”