Rand Paul’s speech at CPAC drew the attention of thousands.

The ballroom that holds approximately 6,000 people was filled to the brim. Senator Paul, who agrees more with Republicans than his father did, still gave a speech filled with strong libertarian language.

So can a Libertarian leaning politician win over Republicans?

The speech was indeed controversial but most I asked seemed to approve.

After the filibuster, Rand Paul 2016 rumors fill the air. A student called upon the audience to stand during all of Rand Paul’s speech to honor the his filibuster last week. Without any formal announcement, thousands stood. 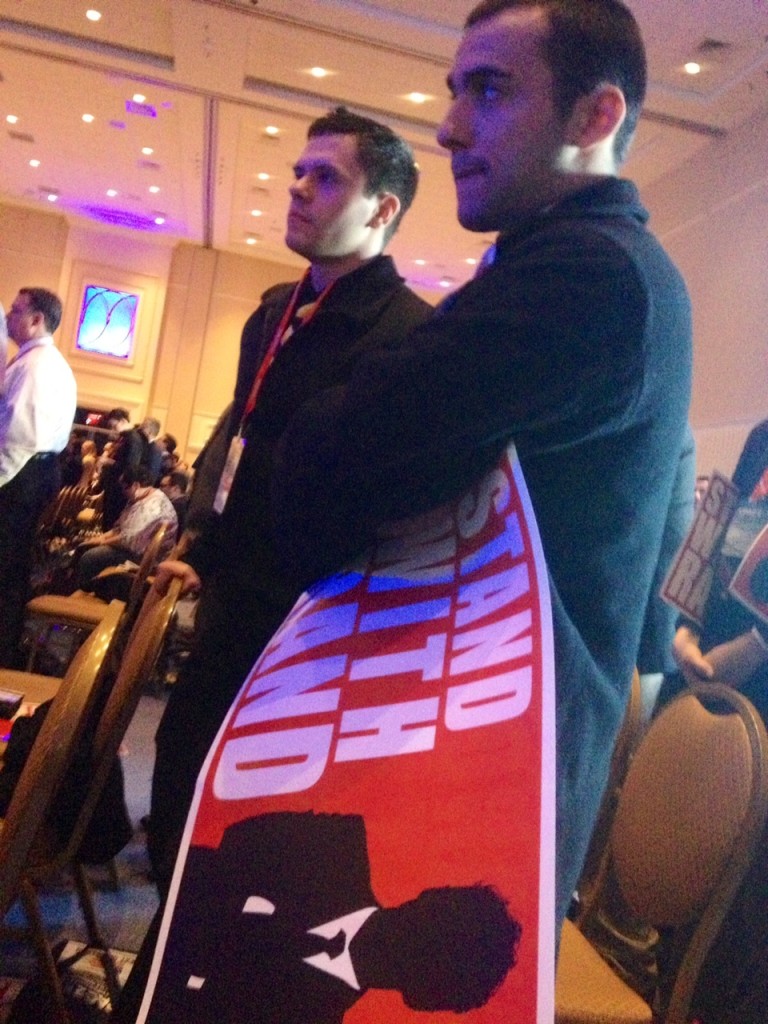 Sarah Remany of Raleigh, North Carolina said that the filibuster put Paul in the national spotlight and gives “him a serious running for 2016.” Keeping this in mind, Paul might just win the presidential straw poll later this week.

Nearly all conservatives-even some liberals-agree with Paul standing up for Americans’ constitutional rights. Remany later said that while she was a Republican, she was attracted to Paul’s message of liberty.

The real question is if Paul’s message of liberty will outweigh the concerns from Republicans.

This message might just be the foundation for reaching groups who do not currently identify themselves as conservatives.

So can he win? First, Rand Paul is not Ron Paul. They might share a few beliefs, but the general consensus is that Ron Paul is much too extreme in his standings. Unlike his father, who takes every opportunity to poke fun of Republicans (or “neo-cons” as he would call them), Rand Paul has consistently showed that he is willing to work with Republicans. In addition, Rand is much more socially conservative than his father, which should calm the nerves of many on the right. 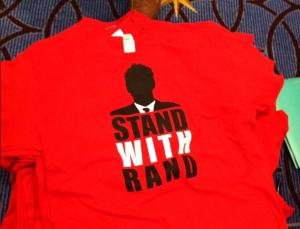 His speech at CPAC, called inspirational by many, focused on our liberties and freedom as Americans. One thing to note is how much more prevalent libertarians have been this year at CPAC.

From handing out shirts that say “Stand With Rand” to having panels on if America should end all future wars, libertarians are much more active in voicing their concerns throughout the conference. The majority of these groups consist of students and young people.

We can’t tell quite yet what Paul’s future might hold, however, we do know that his message of liberty resonates well, especially with young people. Young people want freedom–whether it be freedom from their parents or from government.

As we look forward to the future of the Republican Party, it is inevitable that we must use this same message of liberty to attract the youth.