It is a truism that liberalists base their conclusions on emotion.

They draw an emotionally satisfying conclusion and work backwards to justify it. Then these liberals try to emotionally discredit inconvenient truths with shouts of racism or sexism. This issue of same sex marriage is a great example. 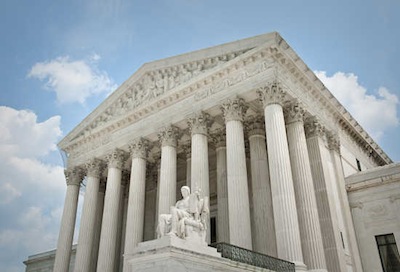 The argument for same sex marriage is mostly emotional. It’s based on the well-known emotion, ‘love,’ according to testimony before the Supreme Court.

Isn’t it unfair that two people who love each other can’t be married, regardless of sex? These appeals to emotion are supported with cries for liberty and equality. Opponents are derided with accusations of bigotry. Rinse and repeat for gun control, minimum wage, war on women, and illegal immigration.

With all this, the same sex marriage bandwagon is ready, set, to roll “Onward!”  One can hardly blame Republicans for wanting to jump on board in support of this apparent populist movement, populist at least if you listen to the MSM and social media cheerleaders for this game.

Meanwhile, back at the ranch, such things require actual consideration. Without restating the many great pieces written on this subject, I’d like to make a few observations about the context of this debate – the case for liberty and the case (if any) for equality. Process matters.

There is a case to be made for liberty. Expanding the legal definition of marriage is, or should be, up to voters. Voters are at liberty to legally define marriage, civil union, business organization, and their government. Through their representatives, they define rules, qualifications, limitations, costs and benefits. People are at liberty to participate or not in these various organizations, to contract with them or not, to be licensed with them or not. Those who don’t want to legally marry don’t have to. Those that can’t legally marry can do something else. This is freedom.

I’ve acknowledged that the institution of marriage is not what is used to be (See “The Other Definition of Marriage” ). Modern marriage has already been redefined, and is in most ways functionally equivalent to civil union. Additionally though, marriage has not only a definition, but a meaning. It means something specific and important to most people … to most voters, apparently still.  I believe this meaning should be respected.

Marriage also has an application – the protection and fostering of children. This alone is cause enough for support.  It seems entirely reasonable to me for the state to promote marriage,  specifically between members of opposite sexes, in consideration of its potential for children and for their protection. I have no problem with a separate, even equal, provision for civil union.

However, the two are clearly not equal in consequence. It seems that same sex marriage is civil union rather than marriage, and I see no good reason to conflate the two. If we do, once the bandwagon of interest in the sanctity of marriage via SSM dissipates, there will be even less respect and support for marriage as an institution than there is now

While there are many great articles and arguments that support my view, others disagree. We have different priorities. If enough people disagree, then state marriages, at least, will be legally redefined and I will not be looking to the court for relief. This, also, is freedom.