All of these violations of Constitutional standards occurred before the November elections. It is very likely that they would have offended enough people to change the outcome of that election. They are only just now coming to light due to the efforts of citizen journalists and a few Republican members of Congress. But, even as more facts are exposed to the light, it is likely that it will end up meaning nothing at all.

Although it is an oversimplification, the US is divided between people of the Right and those on the Left. People on the Right are more likely to be concerned about changes, large and small, described above. They are more likely to be concerned about following the “rules.” If they believe a law is bad, you should fix the law. If they feel something is unconstitutional, they believe you should amend the Constitution.

On the other hand, those on the Left are more likely to hold the position that if a law is bad, people should just not comply. If something is not supported by the Constitution, just ignore that old thing. Did the FBI spy on journalists? The government has a need to know what the press is thinking. (First Amendment – that’s really not about journalism, worship, or Tea Party rallies. It’s about a woman’s right to privacy.)

“The IRS has the right to know what your group prays about.”

And Bengazhi, “what does it matter?”

The existential problem for the West is that we are a 50/50 nation. About half of the population is essentially conservative. The other half is liberal.

But every year our schools, the liberally controlled media, and the popular culture are graduating more and more Left leaning residents. They are the same as those Chinese marching into the sea. Without a major shift, they will inevitably outnumber those on the Right. This is a war we cannot win. And we will not win, if we think we can convert those who have spent their developing years seeped in Leftist dogma.

The way to win is to emancipate the next generations from the group think. Save them from the indoctrination of our schools and culture. Otherwise we should just surrender. 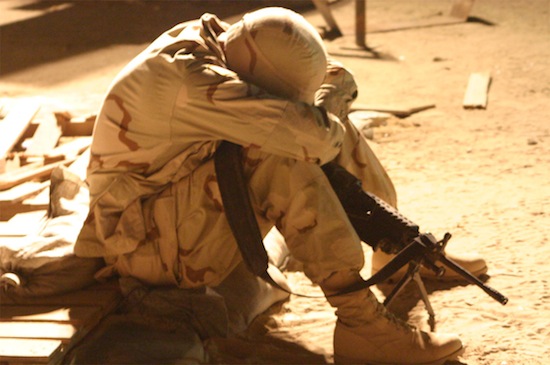