Another one of the highlights of Assault and Flattery is that Pavlich runs through the Marxist subversion of the women’s liberation movement. Marxist and socialist propaganda is rampant in the modern feminist movement and the author documents that in great detail.

She went to great lengths to obtain this information; she even became a member of the National Organization for Women in order to infiltrate their national convention in Chicago (a brave act indeed).

One of the reasons the documentation of Marxism and socialism in modern feminism is important is that it puts the lie to the claim that this movement is about advancing women. Rather, it’s a Leftist ploy to undermine our society so that statists can have their way.

One of tenets of Marxism is the destruction of the nuclear family, which in turn makes it easier for the transformation of society and a massive transfer of wealth to empower those in the national government. When Pavlich documents that such assaults on capitalism are hardest on women and children, it reminds me of the oft-used headline in drive-by media outlets that was used to denounce policies under George W. Bush “Women and minorities hardest hit.”

As with all movements subverted by the Left (the Civil Rights Movement comes to mind again), modern feminism is designed to smash traditional American society and replace it with a Marxist, socialist utopia, run by the Democrat Party and the Progressive Left.

The Left longs to replace capitalism with communism in the United States, and they are now using the feminist movement as a vehicle to achieve this end. The real crime is how few understand how the success of this agenda leaves women impoverished and dependent on the State.

As Pavlich points out:

“What Marx fails to mention was how his goals would leave more women and children in poverty. The benefits of marriage for women are great.

Not only does marriage decrease the chance of poverty for their children by 82 percent, it also makes women less dependent on the state for help and basic services such as food and medical care, which is exactly the opposite of what progressives want for women.”

While the Left talks about empowering women, what they really mean is empowering women to behave in ways that will disempower them and leave them as wards of the state. Women end up voting for policies that disincentivize both marriage and the idea of postponing having children until marriage.

Women in turn engage in this behavior which leads to a higher likelihood of poverty and marriage to the state. Once you look to the state for everything you want and need, you are no longer a citizen in a free society. Rather, you are a serf, living only to the extent your lord and masters on the Progressive Left want you to live.

Assault and Flattery is not only a detailed litany of the Left’s war on women, it is a wake-up call to the hapless Republican establishment, which to this point has been content to ignore these charges, hoping the women of America could see through the farce. While that strategy doomed candidates like Mitt Romney and Ken Cuccinelli, the GOP sees fit to do it again in 2014 (What was that about insanity? Doing the same thing over and over again and expecting different results?).

This book is a rallying cry to those who want to fight back against this idiotic and insulting meme. It’s time for the GOP to stop fighting the Tea Party and begin fighting the Left.

Conservatives need to take up the cause of women as they did historically. They need to stop pandering to the “abandon social issues” crowd and start making a coherent case for our side. The war on women is one revolving around social issues.

Therefore, it’s time for the GOP to push an agenda that stands in stark contrast to the Left’s call for decadence and defense of moral depravity.

For those of us who love liberty, I advise you pick up a copy of Assault and Flattery and arm yourself with the facts to defeat the Left and strike a blow for liberty, for both men and women. 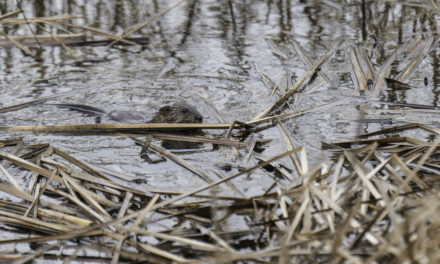