Summer is officially here, which means many of you will be heading for vacation.

Whether your getaway spot is the beach, the mountains, or grandma’s house this summer, you might be looking for a good book to take along with you. Well friends, look no further, because I’m here to help you out. 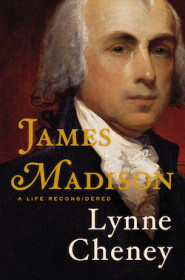 Lynne Cheney has a new book out about the fourth president of our Republic, James Madison. Madison is described as “a man of vaunted modesty who audaciously changed the world.” Madison is the author of the United States Constitution and a man whose vision and insights capture the essence of the system of limited government and individual liberty so many of us believe in.

In an interview with Hugh Hewitt, Mrs. Cheney refers to Madison as a genius. She says, “Some people have questioned whether Madison qualifies as a genius, you know, and I think it’s because we don’t understand, we haven’t got a clear definition of what a genius is.

The one I accepted is that a genius is someone who changes the domain in which he works. You know, that’s what Mozart did. He changed music forever. That’s what Einstein did. He changed physics forever. And Madison changed government forever. So that’s why I call him a genius.”

If you want insight into the life of the man who authored the Constitution and laid much of the groundwork for our form of government today, I highly suggest you pick this one up. It’s a long read (576 pages) but highly informative and comes with the added plus of being recommended by Hugh Hewitt. 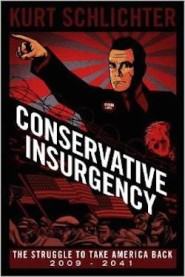 The fight for liberty is ongoing and even as some on the Right throw in with the progressive Left, Kurt Schlichter lays out a path for victory. It’s set in the year 2041, and stands as a rallying cry for those of us who love liberty who may also be battle worn from having to take on both the Left and the moderate squishes in the GOP.

And of course it’s an insurgency because Schlichter previously served in the Army infantry. As an Army man, Schlichter lays out the path to glorious victory for the Right in a time when it looks bleak for liberty.

We who love liberty need to fight the Left wherever they are whether it be in the classroom, the media, the streets, or the churches. We need not cede an inch of ground to those who amass power by subjugating people to the whims of the so-called “smart people.” Pick up a copy of Conservative Insurgency and join the fight today. 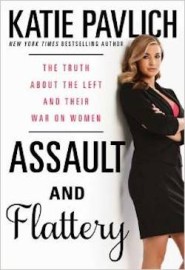 3) Assault and Flattery: The Truth About the Left and Their War on Women

While the Democratic Party gains votes among single women by accusing Republicans in engaging in a “war on women,” Katie Pavlich smashes through that idiocy in what I predict will be her second bestseller.

Pavlich goes out to takedown the Democrat narrative that Republicans hate women by outlining the Democrats’ stances on issues such as abortion, self-defense, the “women’s vote” and others.

She then goes through how Democrat policies actually harmful to women, sometimes literally harmful. She exposes the Left’s sainted heroes of the women’s movement (such as Democrat Presidents Bill Clinton and Barack Obama) as nothing more than partisan frauds who manipulate for the purposes of amassing power for themselves at the expense of others.

Assault and Flattery is a book about women but it’s a book for everyone. The issues in the book affect us all and that’s why I advise that everyone read it. 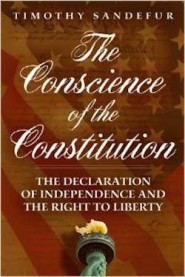 4) The Conscience of the Constitution: The Declaration of Independence and the Right to Liberty

The author of this book was one of Hugh Hewitt’s law students, so you know he’s on top of his game. In this new book, Sandefur gives insights into the Declaration of Independence which involve the primacy of liberty, the natural rights of man, and limits on the powers of the government.

In a time when government officials are usurping our God-given liberties every time you turn around, it’s good to go to someone who actually understands and can explain the basis of our liberties.

Sandefur demonstrates his understanding of the Constitution and how it exists to protect our liberties from an ever-encroaching federal apparatus that understands no restraints on its power. 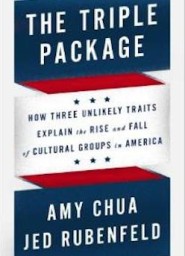 5) The Triple Package: How Three Unlikely Traits Explain the Rise and Fall of Cultural Groups in America

Chua and Rubenfield take a look at the rise of groups (racial, national, ethnic) in the United States and the reasons for their success. Their explanation involves what they call “The Triple Package,” which includes a superiority complex, insecurity, and impulse control. Even though this combination seems counterintuitive, the authors argue that they contribute to a disproportionate group success in the United States.

Some takeaways from the book:

The authors also write about the downside of this Triple Package. Each of its elements carries distinctive pathologies; when taken to an extreme, they can have truly toxic effects.

The Triple Package truly forces us to rethink how we look at success in this country while taking apart insidious idea pervading our culture that minorities can’t succeed in this country without government handouts. 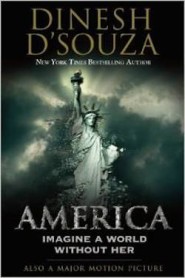 6) America: Imagine a World without Her

There’s no mistaking the fact that the Left sees nothing to be proud of when they look at the United States. They routinely point out flaws, complain about historical injustices, and demand that we be ashamed of this nation.

And yet, those of us on the Right understand that all nations are flawed because all people are flawed. We don’t hold sins of the past against those alive today and we don’t demand that the nation be transformed in order to address the complaints of the perpetually aggrieved.

In America, Dinesh D’Souza offers a full-throated defense of this land we call America. He combats the Progressive smear campaign against this country because the constant smearing is merely the pretext for the Obama administration’s efforts at “fundamental transformation” of this country.

Pick up a copy of this book and fight back against the Progressive assault on liberty and the moral and cultural institutions of our country. 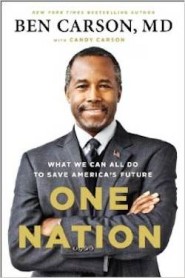 7) One Nation: What We Can All Do to Save America’s Future

In One Nation, Dr. Carson chronicles the decline in this country and what needs to be done to fix the problems. He takes on the moral crisis in America, the decline of morality, the assault on liberty, and the debt. He tackles the national disaster known as Obamacare. He also has a few words about the assault on our ability to discuss issues rationally and calmly. 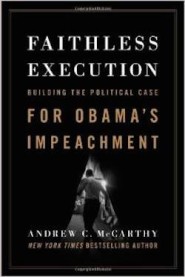 Andrew C. McCarthy is back with another soon-to-be a bestseller. This time, he takes on President Obama’s rampant lawlessness, his willful disregard for the rule of law, and his rogue unilateralism as he circumvents Congress and the courts to enact his wantonly unconstitutional Marxist agenda.

McCarthy builds what is the political case for impeachment against the rogue president who shreds the rule of law at the drop of a hat.

He carefully weighs the political dynamics of such a case, assembling a litany of abuses that add up to one overarching offense: the president’s willful violation of his solemn oath to execute the laws faithfully. Obama’s maniacal power grabs are a perfect justification for impeachment, even if Congress lacks the votes or the spine to actually follow through.

While many on the Right cringe when they hear the “I” word, McCarthy makes it clear that absent popular support from the people, impeachment is not an appropriate remedy. Remember, folks, whether Obama deserves impeachment and the likelihood of it happening are two entirely different questions. 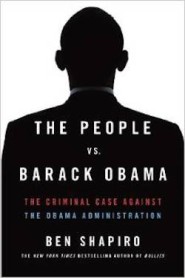 9) The People vs. Barack Obama: The Criminal Case Against the Obama Administration

In what is sure to be a compliment to Andrew McCarthy’s book listed above, New York Times bestselling author Ben Shapiro lays out the criminal case against Barack Obama and his White House.

Shapiro, like McCarthy, is a sharp mind on issues of the law which means these critiques are not to be taken lightly. He lays out the rampant overreaches and abuses of power by Barack Obama during his tenure in the White House, ripping off the façade of the non-political moderate working across the aisle to get things done cultivated by his slavish sycophants and fellow travelers in the drive-by media.

Shapiro goes through all the scandals plaguing this White House (IRS, DOJ, EPA, and HHS to name a few) and how they are the natural result of a power-hungry Marxist hell-bent on smashing our constitution, usurping our liberties, and transforming America into a third-world socialist state.

Obama masquerades as the good guy working against dark, nefarious forces in the GOP trying to stop him from doing good things for people. But the dark reality is, Barack Obama is the most sinister force we’ve seen in American politics and he is quickly unmaking our Republic.