Recently, there was this story about the Navy removing Bibles from hotel rooms on its military bases.

The Freedom From Religion Foundation had complained about them, as it is wont to do.

The Bibles are returned, for now, while the Navy reviews its “religious accommodation policies with regard to the placement of religious materials.”

But it made me think – suppose we really had freedom from religion? What would life be like? First and foremost, I think, there would be no peace. Peace, as we know it, is a Judeo-Christian concept. Everyone wants peace, from the peacenik to the Pentagon. The secular left says it believes in peace.

My generation, the Love generation, believed in peace – “Peace and love,” “Peace, bro,” anti-war activism, even peace through justice. We raise our children to love peace and to be peaceful.

Our military men and women believe in peace. I’m sure there’s nothing they would like more than a peaceful world. They fight, ultimately, to obtain and keep the peace. America fights to stop the spread of Communism and Islamist fascism because we know that these will not bring peace. When they don’t threaten, we leave them in peace.

But from where do we get our beloved concept of peace? It stems from our Judeo-Christian history.

It is written in stone, in the Ten Commandments: THOU SHALT NOT KILL

“Well, of course we shouldn’t kill,” you might think. “That’s obvious.” Like Obama says “One thing we can all agree on is that a group like ISIL has no place in the 21st century.” But then, I ask, why not?

If someone believes in something that to him logically dictates that you be killed, then why should you not be killed? In the words of a modern moral relativist, “who’s to say” you shouldn’t be dead? When it comes right down to it, there’s one and only one defense against the logic of murder.

Only one answer to the question “Why shouldn’t I kill you now?”

It’s BECAUSE GOD SAID NO. 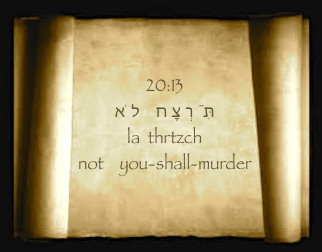 And God said do not “murder” (which is to be differentiated from “kill,” the difference being the innocence of the victim) because man is made in His image. Even suicide was, and in many states still is, against the law because no one was to take a life barring a capital offense or war.

So, you see, it’s not that we’re showing favoritism by placing Bibles in hotel rooms. It’s not just a “religious accommodation.”

It’s that these Bibles represent the stone foundation upon which the brick house of Western morality is built.

These Bibles are the record of our excursion into the very concept of morality, including the limits of civil and military behavior, that we now take for granted.

The real question is, how can we, as a society, claim to believe in any moral concept, while we simultaneously reject the existence of its moral authority – God?

We can’t have this both ways. At least with God, we have a moral compass. And not just any God, but God as documented in the Bible.

I could go on with THOU SHALT NOT STEAL: “Why shouldn’t I take what someone else has if I want or need it?”

Or with THOU SHALT NOT BEAR FALSE WITNESS: “Why shouldn’t I lie if the ends justify the means.”

And so on. The Bible is not just another “religious material” – it is THE book, the moral foundation, for such American concepts as “life, liberty and the pursuit of happiness.” If we don’t believe in the Bible, then how will we believe in America? So let’s not be so hasty as to relegate these old Bibles to the dustbin of history, as if they were a life-style choice or a hobby.

If you want to do away with the Bible, and if you also want peace, then let me just warn you – be careful what you wish for.

No Bibles, no peace. 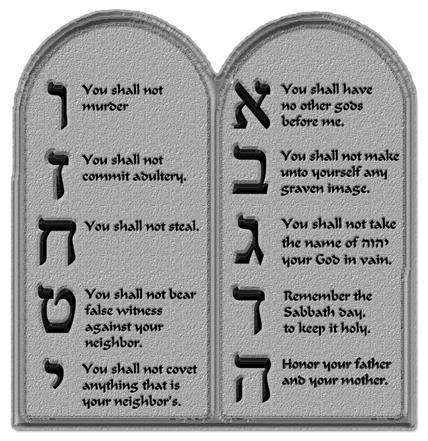