Part of this past Friday’s document dump was the Investigative Report on the Terrorist Attacks on U.S. Facilities in Benghazi, Libya, September 11-12, 2012 from the House Permanent Select Committee on Intelligence, chaired (for now) by Rep. Mike Rogers (R-MI).

Startlingly, in stark contrast to accounts from three security contractors (Kris “Tanto” Paronto, John “Tig” Tiegen, and Mark “Oz” Geist) who survived the attacks and rescued approximately 25 Americans, the report concludes that not only was the security perfectly adequate prior to the attacks, but that no one gave a stand-down order to the team champing at the bit to go rescue Ambassador Chris Stevens and Foreign Service Officer Sean Smith.

(Security team members Glen Doherty, who flew in from Tripoli, and Tyrone “Rone” Woods were killed later in the attacks.)

In summary, the Committee concludes that the CIA ensured sufficient security for CIA facilities in Benghazi… Appropriate U.S. personnel made responsible tactical decisions that night, and the Committee found no evidence that there was either a stand down order or a denial of available air support. (page 1)

Senator Lindsey Graham (R[INO to some]-SC) appeared on CNN’s State of the Union on Sunday morning and told host Gloria Borger that the report was “full of crap.”

He further added that the report’s findings prove that the Committee “is doing a lousy job policing their own.” When Borger asked him why Rogers would be buying “a bunch of garbage,” Graham replied, “Good question.”

Later on Sunday afternoon, GOP pundit and former Congressman John LeBoutillier (NY), in his usual appearance as one of the Political Insiders (along with Democrats Doug Schoen and Pat Caddell) on Harris Faulkner’s Fox News Weekend, responded to a couple of questions.

Why did Rogers discount Paranto, Tiegen, and Geist’s testimony? And Whom on the HPSCI does Graham think needs policing?

LeBoutillier answered with one piece of information: Mike Rogers’s wife, Kristi Clemens Rogers, is CEO and President of Aegis Defense Services LLC, and was instrumental in winning “a five-year, $10 billion Department of State protective services contract” that (guess what?) included the Benghazi consulate.

Furthermore, FOX News Chief Intelligence correspondent Catherine Herridge is reporting that people at the “highest levels” of the U.S. government were aware that Benghazi’s CIA annex was “collecting intelligence about foreign entities that were themselves collecting weapons in Libya and facilitating their passage to Syria.”

The more layers of this onion that come off, the more it stinks.

I still want to know who gave that stand down order that Mike Rogers said never happened.

It’s a good thing for Rogers that he elected not to run for his 11th term (Devin Nunes, R-CA will replace him as chairman), lest party leadership pressure him publicly to resign.

As for Benghazi, America is no closer to definitive answers. The loved ones of the four Americans killed in Benghazi, Ambassador Chris Stevens, information officer Sean Smith, and former navy SEALs Tyrone Woods and Glen Doherty, have no closure.

The findings of the House Permanent Select Committee on Intelligence are anything but conclusive or intelligent: Benghazi’s Fat Lady Hasn’t Yet Sung 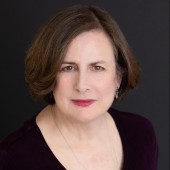