If you want to help kids, don’t join a grievance-mongering protest group and campaign for social justice – just help the kids.

That’s what Ron Searle did, when he started the non-profit Arivaca Boys Ranch. 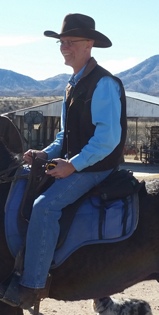 Ron had worked with young men for over 20 years as a teacher, in church-related and Boy Scout activities. More recently, he had been developing a therapeutic program for kids, involving the care of horses.

Risky as it was to leave his profession; Searle’s heart drove him to develop this program, and to implement it in a ranch setting for young men.

Several years ago, Ron received funding, and began looking for a ranch location. He ended up procuring some land in Arivaca, Arizona. Only a couple miles north of the Mexican border, miles off the closest highway, the cattle ranch comprised about 350 acres. With his partners, he built up the facilities, and set to work.

These days, there are a couple-dozen boys staying at Arivaca at any given time. Altogether so far, Ron and his great staff have worked with about 250 boys at the ranch.

Boys are brought to Arivaca from all over; not by court-order, but by concerned parents. Every boy is an individual with a unique perspective. Ron and his staff work closely with each of them.

Boys often start out defensive – they don’t want to be there. They may act out, or clam up. Sometimes they just want to know what to do to get out of there. Some are resigned. But after a while at the ranch, the boys begin to develop a concept of personal responsibility and begin to turn around.

Personal responsibility, Ron says, is the key to success for these boys. It leads to them make better decisions in their daily lives.

I met Ron while at the ranch on a service project with the Venture Scouts. We were clearing a field for a new horse-riding obstacle course being built.

“These boys are like family,” says Ron. “I’ve always gravitated toward the difficult boys. When I was a boy, I was a knucklehead.”

Ron explained more about the value of horses to the boys:

Horses sense their handlers, he explained. They can sense stress in the legs or hands. They test their rider to see who’s boss. If you’re stressed, horses think you see something that they can’t – something dangerous, and it bothers them.

Working with horses brings the boys instant feedback. It centers them. It brings them into the present, where they can see their effect on the horses, and on other people.

While we were raking, I happened to find a horse-shoe on the ground. One of the boys came up to me, introduced himself, and thanked me for helping. I showed him the horse-shoe.

He took it and examined it. “This is worn thin,” he explained. “It came off while a horse was running – you can see the nail here …” Very helpful and very gracious. Pretty good kid, I thought. Pretty great place, I think.

Ron’s work is instructive. Young people often need guidance and attention; sometimes, from someone other than their parents – a mentor.

Therein lies the magic of someone like Ron Searle, at the Arivaca Boys Ranch. This is something special.

Ron Searle and his ranch are a blessing to the boys who will receive it. And that’s just horse-sense. 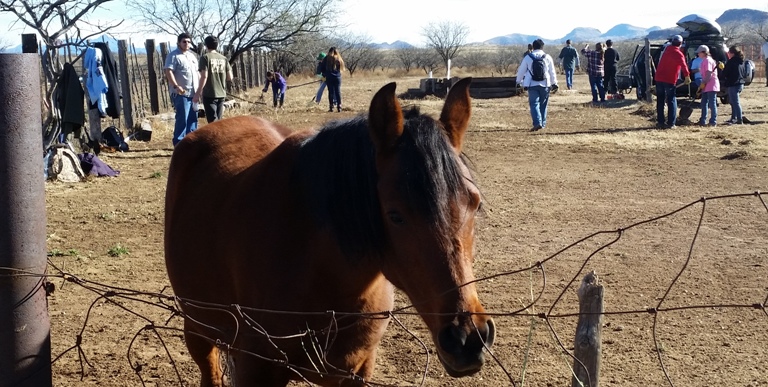