One of my hot buttons is the pictures that liberal Facebook users share, thinking that words in a picture are somehow more persuasive than words alone. I’m not a fan of this form of advocacy – it takes longer to load, occupies more space, and, frankly, it’s manipulative in a way that text is not.

I never respond to them, though, for two reasons:

But now that I’m here, it’s my chance to respond to these things publicly – not just inside my social graph.  So, let the fisking begin!  8^)

First, “entitlement” doesn’t mean the same as “charity” or “handout”; rather, it’s “A government program that guarantees and provides benefits to a particular group“.  But Social Security isn’t even “guaranteed” per se – the FICA payroll taxes paid by current earners don’t get saved or stored, but rather, are disbursed to current Social Security beneficiaries.  The “trust fund” is a myth, as President Obama inadvertently admitted during one of the debt-ceiling debates, when he threatened that the checks would stop.  And when the payroll taxes will no longer cover the payments, and the US can’t borrow more or raise other taxes, those payments will stop.

So please, spare us the plaintive cry of “I PAID CASH”, citizens.  So did all the rest of us — and your elected masters Spent. Every. Single. Penny.

As to the Congressional benefits, I’m totally on board with cutting those. The Founding Fathers intended that legislators be citizens first, not career politicians.  This ethos was best exemplified by George Washington, who served and then left after his Presidential terms were complete, retiring to Mount Vernon.  Today, we have legislators who enter Congress with humble means and become millionaires while in office – somehow, I doubt President Washington would approve. 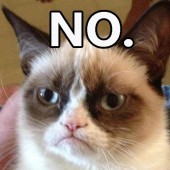