OK. I admit, we don’t know exactly what happened in Benghazi on the long night of 9/11/12.

What we do know is that four were killed, and that many more would have been killed if not for our brave SEALs. President Obama and Hillary Clinton have both claimed responsibility; and both have avoided blame.

As it turns out, President Obama is responsible for both this debacle and its well-documented cover-up. Analysis over the last eight weeks leaves little doubt of this. Some say this conclusion is politically-motivated.  As one Internet troll put it, rudely but succinctly, “It’s not a political issue, Bozo. Did you blame Bush for WTC?”

Well, I may be biased against President Obama, reasonably I think given his record, so let me compare President Obama’s performance with how I believe President Bush would have performed based on what I know of his time as Commander-in-Chief.

To begin with, Bush would not have left the Benghazi compound undefended after requests were made for its protection. President Bush was personally involved in the Global War on Terror. He knew it was a fight to the finish and he understood the threat to Western targets on a global scale.  He certainly would not have left his ambassador undefended in a known hot-spot of radical Islamist terrorists like Benghazi.

Bush would have sent help immediately upon request.  It would not have taken three or more pleas with SEALs under fire for him to decide to send in reinforcements.  I simply cannot imagine Bush standing by for one minute while anyone, civilian or military, was under attack.

Bush would have monitored every possible bit of intelligence, used the expertise of his military advisors, made adjustments in strategy, and acted as Commander-in-Chief through the entire ordeal … however long it took. I seriously doubt he would sleep or even eat until the situation was resolved.  With follow-up the next day, he certainly would not have flown to Las Vegas for a fundraiser.

Soon after, Bush would have had a military commander give televised briefings describing what had transpired, complete with 8×10 colored, glossy photos with circles and arrows on the back of each one. We would certainly not be left wondering what happened eight weeks later.  This type of briefing was a hallmark of Iraqi Freedom.

Bush would not have left his ambassador and his staff to die.

Hell, Bush would have flown the damn plane to the rescue himself, if he had to. 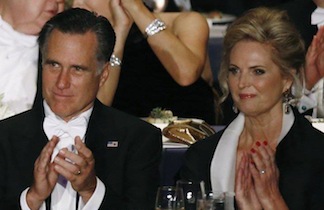