Is there such a thing as a “liberal Christian?”

A question like that may sound like a joke, but it is quite serious, with profound implications for millions of professed Christians. Is it possible to be both Christian and a liberal/progressive?

Jesus came to Earth for one reason only: to give us a way out of eternal condemnation. God knew that the way He had his people atone for their sins, through endless animal sacrifice, would never cut it in the end. People sinned too much and had finite resources and patience for the sacrifices.

So Jesus, through his sacrifice, created a permanent way through which man could be saved. Not only that, but the route to salvation was simpler, through faith alone (though no easier for it). Without that ultimate sacrifice, the Christian faith has no meaning and no foundation.

This is why devout Christians are always talking about the Bible and faith in Christ. It is why they constantly exhort those around them to believe, whether the audience cares or not. That faith in salvation is the primary motivator in their lives. Keeping people from hell and eternal damnation is an imperative above all others.

Many liberal Christians become proponents of large government entitlements. And what ties all of these progressive folks together is simply “Jesus’ love,” a term that is nebulous and, therefore, devoid of meaning.

Note that none of that those social activist works talk about being “saved.”

If anything, it looks to humans to save themselves, to better themselves — through their own actions and strength. Thus we must “spread Jesus love” by ensuring that women are happy and child-free and that blacks and other minorities have a “level playing field.”

Jesus taught “acceptance,” thus homosexuals must feel loved and accepted; indeed, they must be celebrated in their individual uniqueness. We must create “heaven on Earth,” a utopia of sorts, where everyone is fed and cared for. What better vehicle for that dream than the government?

That utopia-on-earth work system completely misses the point of the Christian faith.

But then again, if it feels good, do it. Liberal Christianity is a total embrace of the ethos of modern society. Rather than being Christ-centered, it is world-centered.

Thus, liberal Christians are often a la carte Christians, taking the parts of the gospel they like (or, more accurately, “feel” good to them), while neglecting or ignoring the rest. When challenged on their beliefs, they trot out Jesus’ admonishment:

“Judge not,” completely ignoring the rest of the verse, “that you not be judged. For with what judgment you judge, you will be judged; and with the measure you use, it will be measured back to you.”

Of course, the whole point of that admonition is not to tell people that judgment is wrong, but rather to be cautious of the standard one uses. After all, it’s very easy for people to hold others to impossible standards.

Indeed, there are many Christians who expect perfection from others when they themselves have their own issues. Others will be frivolous, judging the foolish and unimportant things in life, rather than focusing on what God commands us to do.

All of those warnings about judgement does not mean that judgment is, in and of itself, a bad thing.

After all, at the end, we will be judged by the ultimate standard, God’s, as put forth in the Bible.

What liberal Christians are looking for is a way to absolve their faith in things other than God. Their lives are not Christ-centered and Bible-based (as their advocacy for the murder of the unborn or for homosexuals attests), so they require a new avenue in which to attract adherents and followers.

Thinly veiled New Age spirituality is often the easiest route, as it sounds “spiritual” and “loving.” They turn to left-wing advocacy to keep the congregation going, doing things that inflate self-worth and self-importance, rather than seeking and finding faith.

It simply takes the Christian framework of church and community and molds it into something more pleasing to people who, at their heart, are secularists. The history of progressivism is replete with men like Father Charles Coughlin, who use their position in faith (Catholic, in this case), to drum up support for extra-Biblical causes.

Simply professing to be Christian, or Catholic, or Muslim, or what have you, is not enough. People must actually adhere to the core tenets of their faith to truly be a member of a particular religion. Otherwise, they are just creating God in their own image, a god based on what they want to be true.

So, the answer is no.

Christians and liberalism/progressivism do not mix. Once one turns from faith in the Bible and from God’s law, they have created a religion of their own design. People are free to do that; Christianity it is not.

Christianity means coming to God through faith alone in Christ alone…all other ground is sinking sand. 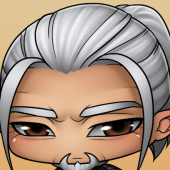 Osei Dixon is a twenty-something conservative and first generation American with a talent for writing and greater talent for sarcasm. A college graduate and currently out of work, he has turned to political and social commentary through blogging to keep his writing sharp. Starting on his personal blog, “On Conservatism,” he is now primarily a contributor for The Black Sphere and seeking to branch out from there. Follow Osei on Twitter at @oawdixon