Now that Obamacare has been upheld by the Supreme Court as a tax, there are states where the governors have announced that they will not abide by it. Wisconsin Governor Scott Walker has said, “We’re going to wait. We said all along there was a legal step, there’s a political step and after each of those steps were exhausted we see what the future holds.” Florida Governor Rick Scott has said, “Florida is not going to implement Obamacare. We are not going to expand Medicaid and we’re not going to implement exchanges. ” Nathan Deal of Georgia, Nikki Haley of South Carolina, Rick Perry of Texas, and Bobby Jindal of Louisiana have also made it clear that they will not implement Obamacare.

This talk of states refusing to implement Obamacare has now prompted talk of nullification. Last month on the Rush Limbaugh Show, guest host and professor of economics at George Mason University, Walter E. Williams, argued that this is exactly the tack we should take. Williams said, “I think the American citizens ought to press their state governors and legislatures just to nullify the law — just to plain nullify it and say, ‘The citizens of such-and-such-a state don’t have to obey Obamacare because it’s unconstitutional, regardless of what the Supreme Court says.’”

Nullification is well within the powers of the state legislatures. For those who unfamiliar with this idea, nullification is the legal theory that states have the right to invalidate any federal law which that state has deemed unconstitutional. Nullification is simply the states living up to their right to not take oppression from a rogue federal government. Vice-President Thomas Jefferson wrote in 1798, “Whensoever the General government assumes undelegated powers, its acts are unauthoritative, void, & of no force.” Such principal was upheld in the 1803 Supreme Court decision Marbury vs. Madison, where Chief Justice John Marshall wrote in the opinion, “A law repugnant to the Constitution is void.”

Nullification is essentially the check on the federal government by the states. It is the action that the states can take to uphold the Tenth Amendment to the Constitution, “The powers not delegated to the United States by the Constitution, nor prohibited by it to the States, are reserved to the States respectively, or to the people.” This means that we the people are the final check on the limits of power of the government. When Congress passes an unconstitutional law, and a lawless president signs it, if the Supreme Court fails to overturn it (especially if the Chief Justice is trying to curry favor with the media), then the responsibility lies with the people and their respective states to say NO!

Now that we have six governors on record that they will not go along with this, the people of these states need to back them to the hills. Informed citizens in other states need to compel their governors and legislators to do the same. Popular sentiment is on our side here. Ever since this debate broke out in the summer of 2009, there has never been a majority of the America people in favor of Obamacare. As conservatives, we have to stop wussing out on these issues. Obamacare is clearly unconstitutional, the decision of the Supreme Court notwithstanding. So now, we need to act because it is not a lock that Romney will beat Obama. The law is on our side, the people are on our side, let’s act like it and put the final nail in the coffin of Obamacare once and for all. That is, before Obama puts the final nail in the coffin of the Republic. 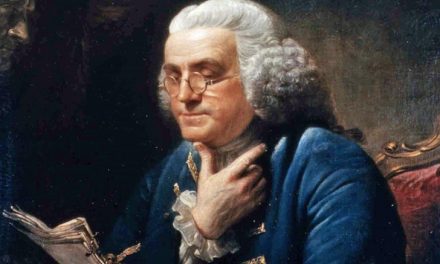