On Wednesday afternoon, 5 September 2012, I listened to a recording of activity at the Democrat National Convention (furnished by the good offices of the Hugh Hewitt Radio Show) that evoked emotions ranging from raucous laughter to seething rage to visceral fear. This, of course, was the Orwellian puppet show of Governor Ted Strickland (D-OH) offering an amendment to the Democrat platform to place God and Jerusalem as the capital of Israel back into the document.

Mayor Antonio Villaraigosa (D-Los Angeles), head of the Democratic National Convention, declared that the issue required a 2/3 vote in the affirmative (hint, hint).  The first attempt was a clear win for the negative. Pretending that there had been some sort of misunderstanding, Villaraigosa tried again,  emphasizing with tone of voice that he was looking for an affirmative outcome. The negatives won again. After receiving some advice that sounded like he should rule and let the delegates do their thing, he tried a third time. At best this voice vote was a tie, not nearly 2/3 in the affirmative. The Mayor declared that, “in the opinion of the chair”, the amendment had passed. The crowd began to boo and hiss. They did not appreciate that their votes had been ignored.

First reaction: laughter at what fools the Democrats are. Any lawyer knows to never ask a question to which you do not already know the answer. However, according to the Chicago Way, you vote until you get the result you want and if you don’t, you simply steal the election. Second reaction: anger. What additional proof does anyone need to confirm that President Obama and the Democrats do not govern according to the will of the people. I bring the president’s name in because the Party declared that the platform items “reflect the president’s personal view”. The affirmation that “… our faith and belief in God is central to the American story…” and “…that Jerusalem is the capital of Israel” were essential elements of the platform; however, half the delegates, or more, disagreed.

The powers that be in the Democrat Party subverted the will of the delegates. (As a side note: the fact that so many delegates booed God far outweighs any wrangling over an essentially symbolic document.) Third reaction: fear. Hugh Hewitt is correct. The title of his book, If It’s Not Close, They Can’t Cheat: Crushing the Democrats in Every Election and Why Your Life Depends on It,  says a lot, but it seems that even when it is not close Democrats will brazenly rig the game to get what they want anyway. This is a fearful state of affairs for citizens of our Republic. If the Democrats will blatantly disenfranchise their own delegates, how much more will they lie, cheat and steal from the rest of us? The answer, of course, is to fashion a landslide so large as to humiliate the president and the democrats out of office. It is up to all of us to help make sure that happens. 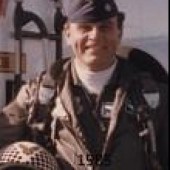