The case for equality, however, is different. 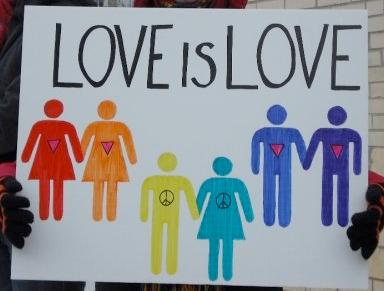 ‘Marriage Equality’ is the rallying cry for same sex marriage in social media. This is most important, as a finding that there exists a lack of “equal treatment under the law,” per the Equal Protection Clause of the Fourteenth Amendment, can compel a court-ordered outcome, and override any vote of the people. Here, though, is the rub:

The state often uses taxation as an incentive to encourage or discourage behavior. Cigarette smokers are burdened with heavy taxation to discourage smoking. Is it unconstitutional to treat them differently than non-smokers?

Home ownership is encouraged with tax deductions for interest expense. Is it unequal to lower taxes only for people who can afford to buy homes? Developers who build houses in designated areas are often given tax incentives. Is it unequal that others can not get the same? If one earns more money than another, is it unequal to make him pay a higher ‘progressive’ tax rate?

If not, why not? In all these cases only qualified people are subject to, or benefit from, targeted tax rates and regulations that either encourage or discourage behavior. Isn’t such discrimination unequal treatment under the law? Government discriminates for and against people and institutions every day. It picks winners and losers by subsidizing and regulating them. It uses affirmative action to implement policy by treating groups of people differently. It even distributes money directly to some people and not to others.

Are all these examples of inequality violations of equal protection? Maybe…maybe not! But we do it all the time.

So, if we’re not allowed to differentiate between traditional and  same sex marriage, then let us also stop all other forms of government discrimination.  That would be fine with me! Every person would pay a flat rate on income minus real expenses; no credits for anything! Bring it!

But otherwise, to complain that same-sex couples can’t get the same benefits or have the same recognition as married couples based on “equal protection” seems ludicrous to me. Why should this one group alone get protection from unequal regulation and taxation?

A Supreme Court decision for ‘marriage equality’ could result in questions like these being raised, and open a huge can of worms. Wouldn’t that be interesting?  What say you, Alliance Defending Freedom? I doubt the court would want to go there, but it would be a great return to freedom, and I love freedom!

Beyond these appeals to emotion, and cries for liberty and equality, I see no case here for judicial activism. I see no reason for the court to interfere with the people’s liberty to determine their definition of marriage, of civil union, and whether or not to allow them.