CPAC: Figuring Out What’s Next

The week Conservatives have been waiting for is finally here (one of the few places where whipping out a pocket constitution does not result in public humiliation).

For the past 40 years, the Conservative Political Action Conference (CPAC) has provided a venue for normal people and politicians to take a step into the national spotlight–this year will be no different. Even though the conference has seen its fair share of controversies (including the traditional and expected threats from groups like Occupy Wall Street), CPAC is desperately needed this year. A tough loss in November rendered Conservatives wondering what is next for the movement– or even if the movement will continue at all.

CPAC offers a short picture of the future of Conservatism with a little something for everyone. 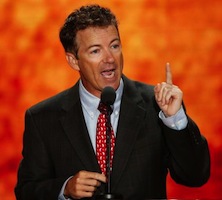 First, watch for the audience reaction to Senator Rand Paul. Unless you happened to be living under a rock last week, you probably know about Senator Paul’s almost 13 hour long filibuster. On that note, I am impressed any time someone is able to make C-SPAN that interesting for 13 hours. However, some Republicans do find Paul’s libertarian tendencies concerning. Undoubtedly, the filibuster was a reminder to all that the administration cannot get away with anything they want. Republican enthusiasm has not been that high since long before the election.

Maybe Republicans are ready to start fighting again, but either way it will be interesting to see Paul’s place in the first official straw poll for the 2016 presidential election.

Another huge fighter for the right, Ted Cruz, will be giving the coveted closing speech. Being his first year in the Senate, it’s interesting how big of a role he is already playing in the party. CPAC has definitely brought in the addition of more minorities this year including Cruz, Marco Rubio, Allen West, and Mia Love. The Republican party will be utilizing these people to prove that their message can, in fact, attract minorities. 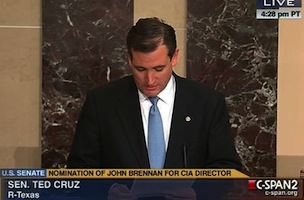 Cruz largely won the election through Tea Party support. While many in the media have declared the Tea Party’s death, it will be interesting to see their involvement at CPAC. Tea Party favorites, such as Sarah Palin and Texas Governor Rick Perry, will be speaking to the crowd. With so much support, a Tea Party favorite will likely be in the running to win the straw poll.

However, the winner might just be Dr. Carson. Carson’s speech this week will be one of the most watched considering the huge stir that started after his speech at the National Prayer Breakfast last month. While he claims he does not want to be president, people across America are attracted to Carson’s blunt, conversational speaking style.

Maybe most importantly will be Governor Romney’s speech.

This speech will be his first major public appearance since the upset election. In order for the party to move on, it is important to address the mistakes and failures of this past election. Romney is likely to give valuable insight into how and why we lost, and how we can improve going forward.

CPAC is sure to be a powerful week.

The theme especially hits close to home for me: “America’s Future: The Next Generation Of Conservatives.”

As a teenager, I am excited and hopeful for the future of the Conservative movement. The nation is about to see that the Republican party is not dead, contrary to Main Stream Media’s pronouncements.