I awoke with a start, warm in my bivy at Camp Geronimo, opened my eyes, and looked up into the dark black sky bursting with stars.

Through a whispering grove of Ponderosa Pine trees, surrounded by song of cricket and cicada, Scouts asleep in their tents after the day’s numerous activities, “Damn!” I exclaimed silently to myself, “I can no more quit Scouting than I can quit breathing!” 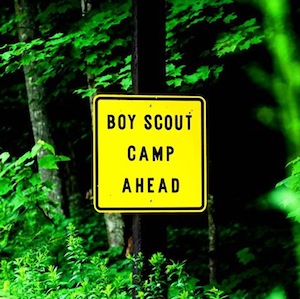 I’ve been in Scouts forever. My son and I are both Eagle Scouts, Order of the Arrow, and my grandson is a First Class Scout.

Not that I didn’t want to quit. After that sudden, ridiculous ‘Gay Day’ vote, when the National Council of the Boy Scouts of America decided to allow openly gay boys, I was beside myself.

What was the Executive Committee thinking? On what basis did they decide this idea was safe, respectful and institutionally feasible? None, apparently. No evidence was presented of any such consideration. Instead, they conducted an opinion survey and just … decided.

The vote was an attempt to appease gay activist critics, a vote that imposes a political decision on the rank and file of the Boy Scouts.

Adding insult to injury, this new policy is morally inconsistent on its face. I understand the pressure the BSA is under to allow gay Scouts and Scouters, but if they were hoping to allay criticism with this policy then they are sure to be disappointed.

So now gay boys are okay but gay adults aren’t? This policy is impossible to defend. Legal challenges are sure to arise, and may well succeed.

Our national leadership, injured in battle by gay activist groups, has fallen. Their judgment is clouded. Their decisions are putting us at risk. As a result, our membership is badly split. Competing organizations are forming. Most likely fewer boys will participate in Scouting, rather than more. 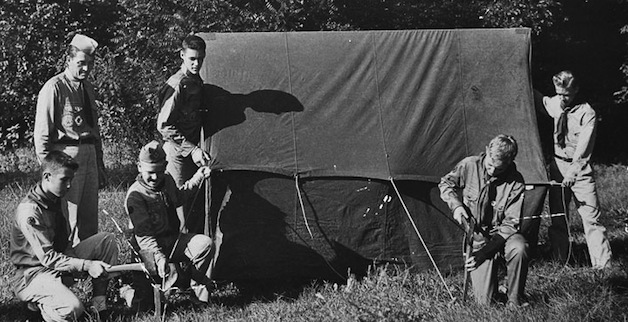 Hopefully, the gravity of this folly will sink in, and the BSA will start wondering how to dig itself out from under this man-caused disaster.

So now, rather than quit, I’ve scouted for the BSA, and I have a report. Here’s the situation, and here’s what we need to do:

First, either put a hold on the implementation of the Gay Day policy or declare it to be voluntary, by troop, contingent upon the approval of each troop’s Chartered Organization. Those who are morally opposed to this policy would not be required to participate, preserving freedom of association and freedom of religion. 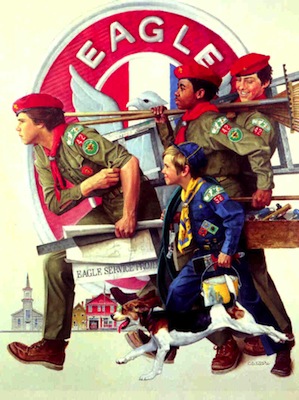 Next, a motion should be made, something like this: The Boy Scouts of America would like to accommodate gay youth and adult leaders if this can be done safely, respectfully, and if institutionally feasible.

Therefore, we propose to gather information, conduct an analysis, identify potential problems and opportunities, and recommend the many policy changes that would be required to implement this goal.

Finally, if it can be determined that such can be done safely, respectfully and is institutionally feasible, policy changes would be adopted accordingly. Otherwise, the Gay Day policy would be rescinded. In this way, whatever the outcome, the result would be documented and defensible.

In any case, adoption of the Gay Day policy must remain optional, voluntary for each troop – contingent on the approval of each troop’s Chartered Organization.  The operative text of the Membership Standards Resolution is this:

“No youth may be denied membership in the Boy Scouts of America on the basis of sexual orientation or preference alone.”

Technically, this does not guarantee membership in any particular troop. Furthermore, it does not preclude a troop from denying membership to anyone for any of the potential consequences of sexuality – reasons such as physical safety, liability, administration or objection of a Chartered Organization.

If National refuses to confirm this option, then I believe that individual troops can and should assert this in self-defense.

This approach is morally defensible. According to the numbers, only about 3-4% of Americans identify as gay. As Boy Scouts range from ten to eighteen years old, the potential percentage of gay members is probably less.  Still, we would like to help these boys. We want all boys to succeed. All boys and men can benefit from the moral clarity of the Scout Oath and Scout Law.

Politics at Thanksgiving? Are you mad?