Quick. Name an offensive lineman in the NFL other than Michael Oher.

Unless you watch ESPN more than CNN you probably can’t. And if you have never seen “The Blind Side,” you are not likely too recognize Oher’s name.

The reason I use the movie analogy is because most Americans understand the Constitution about as much as they understand the importance of offensive linemen in football. They know they are there, but have no idea what they do nor what would happen without the DL.

While it is possible to enjoy watching football without having an understanding of the responsibilities of each position and respect for each player’s contribution to the game, it is disastrous for Americans to not value the priceless gift which is our Constitution. 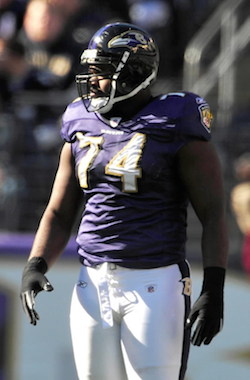 One big reason is that if you do not understand the game, or if you get tired of watching, you can switch channels and the game will go on just the same without you. And, unless your happiness is deeply connected to the success of a team, whether one team wins or loses does not have any major impact on your life.

The same cannot be said about the Constitution.

Our Republic depends on having a well informed and engaged citizen. Without that, we would devolve to electing our leaders based on gender, or race, or boxers/briefs.

If we vote for candidates for any reason other than what they intend to do once in office, we will have elected officials who feel they have a mandate to push for whatever actions advance their personal agenda.

We would end up with an executive branch which believes that its role is to “fundamentally change” things rather than “faithfully execute the Law.”

If we have an uninformed and disengaged populace, you will see outbursts of anger when judges perform their legal responsibility and judge on the merits of a case rather than deciding in favor of the popular position. 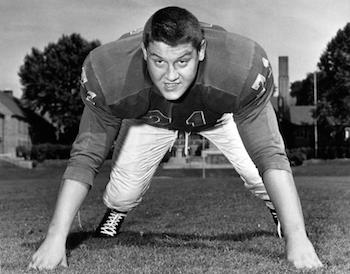 Unfortunately for us, and because our voting citizens are clueless, our elected representatives are unwilling to execute the duties they were elected to perform. And I believe this comes down to something I learned years ago.

Alex Karras, before he was Mongo in “Blazing Saddles,” was an All-Pro Defensive tackle for the Detroit Lions.

He was asked by Johnny Carson what the difference was between an offensive and a defensive lineman.

His response elegantly describes the difference between Republicans and Democrats.

“Offensive Linemen show up for the season in a three piece suit, carrying a briefcase full of the playbooks they studied during the off season.

They are well groomed, earnest and tell the coach that they want to do everything they can to make a contribution.

The defensive linemen, on the other hand, step off their motorcycle wearing jeans and a leather jacket. They are scruffy, bearded and have candy wrappers in their hair. They walk up to the coach and ask, ‘how much are you paying me to hurt people’ “

Republicans are clearly the offensive lineman.

They are obsessed with following the rules and get upset when the other side doesn’t. They think that if they could just get people to look at the facts and think, they would always vote for Republicans. They believe that the President should be impeached because of his lack of regard for the Constitution.

And by doing all these things, Republicans are perceived as bloodless scolds who care little for the realities of the world. They don’t care about women, minorities, immigrants, etc. etc. And just like the offensive lineman, they are overshadowed by the more exciting play of everyone else on the field.

Democrats, on the other hand, will do whatever it takes to win.

If you can make the other side look bad, why in the world wouldn’t you? If the Republicans want to waste their time chasing an impeachment which can not possibly ever succeed rather than fighting for those things that could make a difference, why would Dems discourage that? 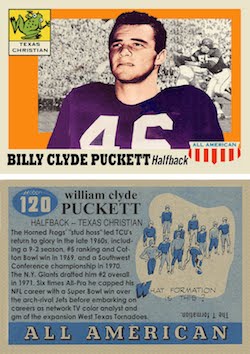 They may break the rules, but because they are trying to do something, just like defensive linemen, they get popular support that the other side never will.

In the end, Conservatives and Republicans can win.

But they must change the way they look at the game. They must have an attitude that goes beyond what we have seen in recent years.

They must understand what I believe Billy Clyde Puckett said in the novel Semi-Tough.

He said, “Everybody wants to win. But champions are those that just can’t stand the idea of losing.”

Think, Not Feel As We Approach This Election