Tamara Jackson is the Editor in Chief for Right Voice Media. She was a writing major (among others) at Oregon State University and loves writing and editing, especially within the province of New Media/Digital Media. Tami is a fan of conservative Talk Radio, and in particular, the Hugh Hewitt Radio Show.

Tami lives with her Persian kitty, Omar, in the beautiful state of Oregon. She also is an NRA member, the host of the Tami Jackson Show (on the405media.com), Executive Editor of BarbWire.com, Social Media/Content/Marketing for Robar Companies, and was the Social Media Marketing Director for Ride the Thunder Movie. 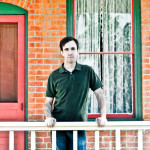 Michael Withem is the president and technical director for Right Voice Media. He has been in the web industry for over 15 years and loves new technology. Michael also passes his time by listening to Talk Radio and keeping up on politics. And thus was born Right Voice Media – the perfect marriage of the two worlds.
Michael is married with two children. By trade, he owns and operates Fusion Web out of Phoenix Arizona and works with the likes of Hugh Hewitt and Carol Platt Liebau.