The Great Depression and impending Second World War birthed the father of all super heroes: a pulp novel icon named Doc Savage, The Man of Bronze.

The product of intense multi-disciplinary study and a brutal two hour daily exercise regimen, Doc showed breathless readers how to be their level best. A character like this is sorely needed today when our schools are failing and many young people seem lost.

A lengthy Recession has Americans questioning whether American Exceptionalism is more than a sound bite.

Doc Savage inspires generations (my late grandfather and I included ) by his larger-than-life embrace of values like honoring your parents, patriotism, hard work and study.

One modern lament is the apparent lack of heroes these days. One need look no further than parents, police, emergency workers and our service members.

Anyone wondering where the 21st Century Doc Savage is should look in the mirror.

That’s this character’s greatest message: if you believe deeply enough and try hard enough, you too can be a man or woman of bronze, rising to any challenge before you.

His oath says it all:

“Let me strive every moment of my life to make myself better and better, to the best of my ability, that all may profit by it. Let me think of the right and lend all my assistance to those who need it, with no regard for anything but justice. Let me take what comes with a smile, without loss of courage. Let me be considerate of my country, of my fellow citizens and my associates in everything I say and do. Let me do right to all, and wrong no man.”

Have no fear America, we’re here! 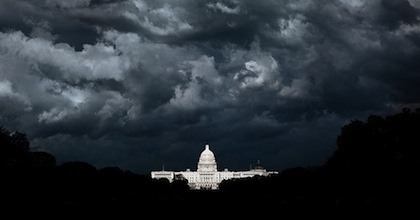