We want more people to come to our tent, but whenever someone says, “We need a bigger tent”, it’s usually code for “Kick social conservatives out and magically, everyone else will come in.”

This is a dangerous idea for many reasons, not the least of which is because, as the Republicans prove to be complete failures on holding the line on spending, social issues are the only distinction we have left. 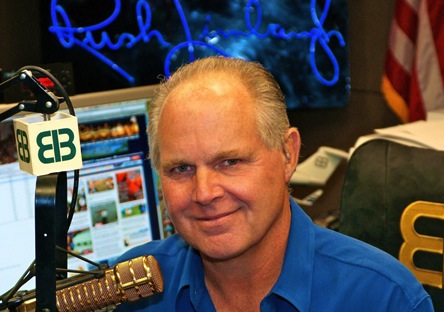 The most important reason that the GOP cannot just kick social conservatives to the curb is because of the link between social and economic issues. Rush said made this point on his show Wednesday (emphasis mine):

Rush stated that this country was founded on the basis of morality and quoted John Adams,

“Our Constitution was made only for a moral & religious people. It is wholly inadequate to the government of any other.”

The goal for the Left is to eliminate all pretense of an objective morality so that they can substitute their wisdom for God’s. When Obama said that he wanted to fundamentally transform America, he wasn’t kidding.

Without morality, there is no free society, and that is the distinction between the Right and the Left.

We understand the importance of morality to sustain our free society and our Republic. The Left knows that in order to have their progressive paradise, they must eradicate transcendent  truth and morality. This is why we can’t let the Left have the moral issues: because then the rest of society goes down with it.

As to the “big tent,” no matter how much squishy GOP establishment-types wring their hands, you can’t get rid of social issues, ceding them to the Left and deem that a winning hand in elections. Frankly, Republicans never won elections until they ran on social issues, and if they tell social conservatives to get bent, they will never win again. 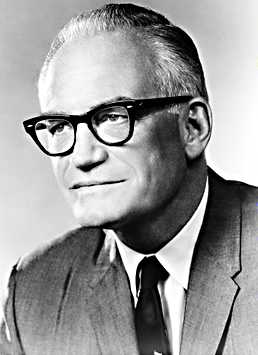 A quick note: The Republicans ran Barry Goldwater for president in 1964, who we would refer to today as a libertarian Republican (he would make his contempt for the Christian Right known in later years). He lost in one of the biggest landslides in modern times.

Four years later Richard Nixon ran, not on “it’s the economy, stupid”, but on “law and order”  – those dreaded social issues. He won, replicated that success 4 years later by winning the first 49-state landslide in history.

Reagan formed the modern conservative coalition on a combination of what we now call “the three-legged stool” (economic, social, and foreign policy issues) and won back-to-back landslides.

George H.W. Bush took that mantle in 1988 and duplicated that success; he dropped it in 1992 and lost with only 38% to an unknown Arkansas governor who would prove to be one of the biggest reprobates that ever made his way to the White House.

George W. Bush won twice by embracing social conservatives, but then John McCain and Mitt Romney both went screaming from the building to not be seen as “right-wingers” and both went down in flames. Any questions? 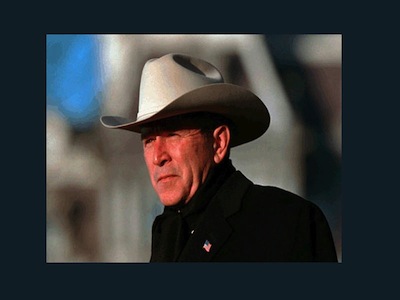 Also of note, the people pushing this narrative of “we need to get with it on social issues” are either liberals or libertarians, none of whom would actually vote for Republicans. The fact of the matter is, if the GOP kicked social conservatives out, that wouldn’t leave very many people left in the tent. The number of people who would come and get in the tent would be outnumbered by those who wouldn’t feel welcome anymore. This is known as “addition by subtraction”.

It’s also funny that we keep getting electoral advice from Libertarians, you know, those people who get 1% of the vote in national elections, and only have influence on the national debate when their candidates run as Republicans. Otherwise, they just siphon off enough votes from the Republican to get the Democrat elected, which I’m sure the Democrats don’t mind.

So, while the Republicans have some work to do so they can appeal to more of the electorate, the talk of a big tent is suicide. It’s not what it sounds like; it’s essentially a Trojan horse for watered-down progressivism.

My warning to the Republicans, don’t make the same mistake that the Trojans did.