Oh look, Piers Morgan is spewing his verbal diarrhea again.  Thankfully, A.W.R. Hawkins was there to smack down his weak argument.

Piers also lied about Virginia crime statistics.  This surprises no one.  But it does bring up a good topic of conversation.

We never get to the point of discussing whether or not women should arm themselves if there is not a substantial group of female shooters out there asking for it.

Our first job as gun owners is to tear down all of the fear and negative stereotypes that women have been deluged with prior to their first shooting experience.  I had an opportunity to do this last week.

My 15-year-old niece wanted to tag along with me and my brother-in-law to the range.  My 19-year-old niece showed much less interest, but came along as well. Both had never been to a gun range.  After going over the basic gun safety rules and providing them with eye and ear protection, we handed them our Desert Eagles and waited for the screaming to start. 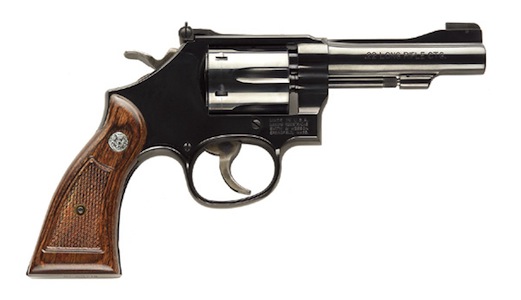 Now, if your range has rental guns available, and you can get your hands on something like this, I highly recommend it.  I actually think my Ruger 10/22 rifle would be an even better choice.

But like a dummy, I left all of my magazines at home.  The girls were struggling with the double-action trigger pull and even struggled cocking the hammer in single-action mode. But the gun served it’s purpose.

There was no screaming or exaggerated flinching. They spent more time concentrating on hitting the steel targets rather than being scared of the gun blowing up. By the end of the day, both were firing AR-15’s and .44 Special cowboy loads with no problem whatsoever.

I don’t know if either of my nieces will ever go to a gun range again. I hope they do. But I do know this: f they are ever confronted with personal safety choices, they will know that a firearm is a viable option.  They know they can handle one.

And hopefully, if some politician tries to take that choice away from them, they will fight for it.

After last Wednesday’s debate, AARP tries to distance itself from Obamacare.