Thursday I have the honor of hosting the Bill Post Radio Show from 12 – 3 PM PT. Bill’s show is a favorite amongst Oregon Conservatives, and broadcast daily on AM 1439 KYKN.

After an invitation from Benji Backer last fall, I was a guest on his internet radio show on the405radio.com, owned/managed by John Grant. John subsequently asked if I might be interested in hosting a show.

It’s been quite the learning experience, but learning is fun, especially when it entails meeting such a wide spectrum of interesting people who have been guests on the show.

John Grant has been patient, and generous, as I’ve made my share of mistakes. Duane Patterson, Hugh Hewitt’s producer and my friend, has been liberal in the only way I would expect–with formatics of broadcasting lessons.

This is a huge step and my hope is to carry the 3 hours without boring Bill’s listening audience! 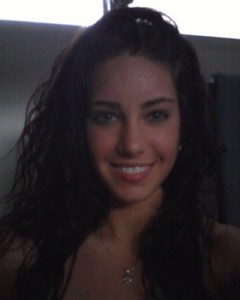 My theme for Thursday’s show will be Memorial Day, the 30th being the traditional Memorial Day, and I’ve asked friends/Vets/Troops from around the nation to call in!

My guest in the 1st hour will be Stacey Pirelli, whose brother, Staff Sergeant Robert R. Pirelli (Green Beret), was killed in action in Iraq 6 years ago.

Stacey will tell the story of her brother, one American hero who gave “the last, full measure of devotion.”

As written in a Daily Caller article:

When the U.S. military officially departed Iraq due to the Status of Forces Agreement deadline, a little known part of the handover included leaving behind secret Special Forces’ “Team houses” — or “safe houses” — hidden around the country.

One Team house was built by Green Beret Staff Sergeant Robert R. Pirelli and his Operational Detachment Alpha -072, or “A-Team.” Pirelli, of the Army’s 10th Special Forces Group, built the combat outpost near the tiny village of Tibij in a remote part of Diyala Province, not far from the Iranian border, in 2007.

In the second hour I will be joined by Rich Botkin, USMC (Ret), author of the great book Ride the Thunder: A Vietnam War Story of Honor and Triumph, and CEO of the Ride the Thunder film due out later this year.

I have the distinct pleasure of serving as the New Media/Marketing person for the film, and consider it a privilege to meet with and speak to groups of Vets and Military Bloggers in an effort to get the Ride the Thunder Message out. 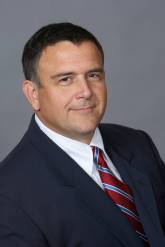 Rich and I will have a discussion about the book, the film, the central events including the Easter Offensive and the decimating fallout of the 93rd Congress and the Fulbright-Aiken Amendment.

Every Vietnam Vet and their family will want to listen, be informed, and take heart that a film will soon be in theaters which will tell the TRUTH about Vietnam!

For the 3rd and last hour, my guest will be the aforementioned John Grant. John has years of radio experience, including ties to the Milwaukee Brewer Organization.

Though now in Huntington Beach, CA, John remains a loyal Cheesehead…but I digress. John and I, in addition to thanking Vets who call, will talk about his recent article, “Starving and Freezing So Others Might Be Hippies,” at RedState.com.

I will also feature heart-warming music throughout the show with the Troops/Vets theme.

Those who wish to listen to the show may listen via broadcast radio, AM 1430 KYKN, by selecting either the “Click for Video Stream” or “Click for Audio Stream” at the website, or by downloading the AM 1430 App for iPhones or Androids (found in the App store).

Again, I invite any and all Vets and Troops to call in! Just let me know your name, branch, rank, tours and your thoughts about Memorial Day or other comments!