Next, they comb these archives with algorithms that run day and night, gleaning information from data, organizing it into profiles – profiling people, their relationships with others, with corporations, friends and enemies, husbands and wives, parents and children, political affiliation, preferences, language, culture, purchases, legal history, weapons, phone calls – you name it.

All to make it easy as possible for some analyst, like Edward Snowden, to sit down and enter a simple query like ‘Who is Sherlock Holmes,’ and to follow up with real-time surveillance. Profiling like this is illegal and discriminatory just about everywhere else. It’s a dirty job, but somebody’s gotta do it.

We’re assured that access to this data exists only under tightly controlled, legally justified circumstances; that otherwise, it sits unused, like an untapped goldmine. If so, then how could a guy like Snowden gain access to it and use it whenever he wants?

This authority to access the data is actually very broad, and will likely be broadened. How chilling is this idea? – Lawyers eye NSA data as treasure trove for evidence in murder, divorce cases. 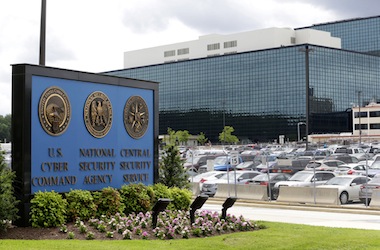 Goldmines do not go untapped. How tempting to misuse, to gain advantage, to extort money, to coerce a political or legal decision from a politician or judge, like John Roberts. Some say this is already epidemic.

Honestly, the potential for this type of abuse is the real problem here. One cannot know when a decision was coerced. One cannot prove that the paranoid must be wrong.

We’re assured that a guy like Snowden couldn’t misuse this data. So, if I understand this correctly, there are no gullible communist sympathizers, vulnerable people with anything to hide, corrupt politicians, malleable followers, shopped judges, union agents. Or even an honest family-man who just wants to keep his job anywhere in or around the NSA – not at all like at the IRS! All I can say is, “doubtful!”

There are millions of people associated with the NSA – over a million with ‘top secret’ clearance.

The NSA is just as politically correct as any other government agency and other Complex partners. According to its website, it is ‘diverse’: “National security and diversity go hand-in-hand as essential partners in the interest of global peace.” It is ‘green’: “NSA wins EPA Environmental Excellence Award,” and how about this one: “outreach programs advocate improvements [in education] through partnerships with academia, industry and government.

“Outreach” to the Complex’s partners.

Nor would it be consoling to move NSA work back “in house,” as desired by the AFGE (The American Federation of Government Employees), closely affiliated with the AFL-CIO, parent company to the IRS’s NTEU (National Treasury Employees Union). The NTEU is implicated in targeting political enemies of the President.

The AFGE web site is a socialist activist’s dream. Their motto, front and center, is “Human Rights, Civil Rights, Workers Rights,” illustrated with upraised fists. All are close political affiliates of the President, members of his National Labor Council – a web of intrigue. 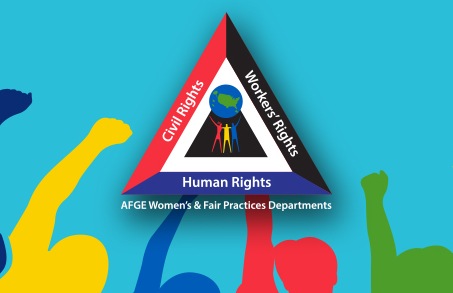 What is to be done? Like the nuclear arms race of old, we can raise, call or fold. I’m betting on raise. We could unplug, but we don’t, and neither do our adversaries. This train won’t be stopped. Governments around the world may complain, but secretly must be envious and emulating. It’s not just Islamo-fascism’s war against the West – it’s a Cold Cyber-War, if not World War C.

Given this, we are left with two problems – trust and control.

What can’t be trusted must be controlled. The word oversight seems feckless and frail indeed against this colossal Complex. Who’s to oversee it? Our hapless Congress? Compliant judges? Political appointees? Hell, we can’t even control the relatively transparent IRS!

Let he who is without sin cast the first stone, because otherwise he will be destroyed by the very Complex he’s trying to control. Everyone else better get with the program. They start by protecting the public; they end up protecting themselves.  Here lies a staggering potential for abuse.

More will be overlooked than will be overseen. And you can take that to the virtual bank.