If you turn on the TV, or open a paper, you will be exposed to an ongoing and growing scandal centered on sexual harrassment in the military.

The current scandal began with the revelation that some non-commissioned officers at Lackland AFB were taking sexual advantage of the trainees under their responsibility. Current estimates is that around 26,000 cases of sexual assault occur every year within the uniformed services.

This is a serious problem which requires serious consideration. As a career AF officer, I see this as an existential crisis for our military, but not necessarily the same problem that the press and our elected officials see.

Since the 1970’s, our military members have all been volunteers.  They have all signed on and arrive at basic training as a typical young American instilled with the values and behaviors learned over a lifetime. Basic Military Training is designed to accomplish several specific goals according to a prescribed curriculum. It teaches physical and mental skills which are necessary to do the job. 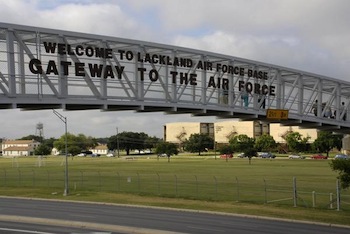 It also takes a civilian citizen (they are called “rainbows” at Lackland AFB because they arrive in clothes of all the colors of the rainbow) and begins to turn them into a member of the warrior culture. Central to all our services is the concept that you are part of a bigger team and you serve your team and your country – sometimes at the cost of your life or limb. Over time and through challenges, you learn to trust and rely on the members of your service.

When considering the current scandal, a central question that must be answered is, “does military training make you a better or worse person?” Or stated differently, military training develops character. Does that character development make you more or less likely to treat others as sexual targets.

If you were to design this as a laboratory experiment, you would define a behavioral base line then compare the results of change between a test group compared to a control group. To state that another way, we would start with America’s youth and then study how those in the military culture compares to a similar group of young people not exposed to military training. Is a 24 year old airman more or less likely to force their attentions on another young person than the typical college student or person working on the loading dock?

We don’t know the answer to this question. And it is unlikely that we will ever know for reasons both practical and political. 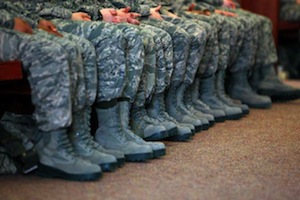 For example, during the ongoing investigation into the sexual abuse uncovered at Air Force Basic Military Training, the investigators were able to identify and interview every student who had been trained by the accused NCO’s. This added up to thousands of interviews and made it possible to validate accusations in a way not possible in a typical “he said – she said” situation. Former trainers are in prison today because of the efforts taken to get to the bottom of these allegations.

We do not have the resources or the will to investigate all similar problems in the civilian sector. It is simply not possible.

I have no doubt that our military leaders will do whatever it takes to clean up the our problems. They will root out the predators and support the victims.

That said, there is a secondary issue which will make it difficult to cure the cancer. Politicians live for opportunities to proclaim that they are fighting for the oppressed. Add to that the 24/7 cycle of news industry which requires titillating anecdotes but does not have the time, resources, or attention span to tell the whole story.

News medias’ sensationalizing forces work together to instill in the public’s mind the  false idea that the military culture is inherently bad and dangerous to young people. If enough people believe that to be true, young Americans and their parents will no longer trust us to train and support them. They will quit volunteering to serve this great country.

And that would be the bigger tragedy.

Cracks In the Great Stone-Wall of Obama