Night of the Living Obamacare

“They’re coming to get you, Barbara.” So begins the terror of Night of the Living Dead.

Obamacare is coming to get you, too. Watch your six all you want – you won’t be able to stop it. You’ll see it coming but it’s already too late – you’re a dead man walking.

Zombie-like, it will go after you. It won’t stop until it’s got you. It will eat your heart out. Its unthinking regulations will squeeze the life out of you with mindless iteration. It will suck out your identity and spit it on the ground for all the world to see.

Obamacare’s machinations only care about one thing – everything you’ve got that it can take. Shoot it in the head. 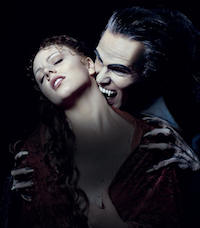 Maybe it’s more like a vampire – seducing you with promises before it turns on you, sinks its voracious fangs into you and sucks out your blood while you weaken and die.

“Don’t do it,” I always shout to the hapless woman as she takes that final stroll. “Do you think he really cares about you? Well, I’ve got a bridge to sell you.”

He always promises “lower costs,” “better service,” and to protect you from “those evil insurance companies.” But wait – free Ginsu cooking knives! Truth is, he’s the evil one, a deadly opportunist. And he’s got you in his clutches.  Drive a stake through its heart.

Or is it Frankenstein’s Monster?  Obama or Frankenstein – you make the call. Assembled from the carcasses of dead insurance plans, killed by government, he’ll breathe life into it with a magic ray of Obama-light from above. Soon, his creation will rise. “It’s alive – alive,” he cries.

Ha! Not so much alive as undead. 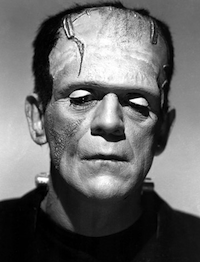 But soon, we all know, the well-intentioned but uncontrollable monster will ham-handedly kill. It doesn’t mean to, but it does – again and again. It’s a tragedy but there’s no choice – it must be stopped!  Burn it out.

Well, this Nightmare on Elm Street is turning into a nightmare on ALL streets – “I just didn’t realize I would … pay for it personally.”

And for all you insurance companies, drug companies, unions, exempted ones, making your Faustian deals with the Devil, the curse of Obamacare will eventually claim both you and your soul – you cannot escape. You useful idiots! The Devil eats people like you for breakfast. You better rosin up the bow, buddy.

This Obama Apocalypse is turning us into a nation of victims.

Maybe it will break the spell. The only real redemption from evil is in the Glory and Grace of God. I begin to pray, “Lead us not into temptation, but deliver us from evil, for Thine is the Kingdom, and the Power, and the Glory, forever. Amen.

Hillary Will Not Take the Fall for Benghazi