It seems the Main Stream Media (MSM) grows more raucous and unstable by the day, using route after route  in the Obama “Forward” playbook. Once upon a time in America, journalists and news anchors had a semblance of objectivity, and knew their role was to hold everyone’s feet to the fire. Marv Olasky called it the “…fly-on-the-wall, humble journalism that did exist in some newsrooms” and it was inspired by Walter Williams’ “The Journalists Creed”. 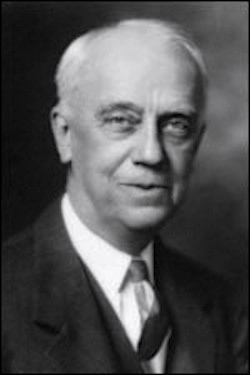 Walter Williams, founder of the world’s first school of journalism at University of Missouri in 1908

The notion of a Dan Rather or Christiane Amanpour or Jay Carney reciting, “I believe that the journalism which succeeds best — and best deserves success — fears God and honors Man; is stoutly independent, unmoved by pride of opinion or greed of power, constructive, tolerant but never careless, self-controlled, patient, always respectful of its readers but always unafraid…” is laughable.

Can anyone imagine Piers Morgan stating,”I believe that the journalism which succeeds best…is profoundly patriotic…”? Or tingly-legged Chris Matthews pledging,“I believe that no one should write as a journalist what he would not say as a gentleman…”?

Or ever-pompous Brian Williams (no relation to Walter) and Diane Sawyer affirming,”I believe that the public journal is a public trust; that all connected with it are, to the full measure of their responsibility, trustees for the public; that acceptance of a lesser service than the public service is betrayal of this trust”? 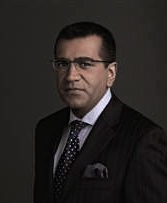 No, today there exists a glitzy, pedantic punditry that race to produce the Obama campaign meme at light speed. Notice that when 4 Americans were brutally murdered in a terrorist attack on our US Embassy in Libya, the story on every news station, save lonely Fox News, placed all of the blame on an obscure Youtube video?

The concurrent “shell-game” spouted by many, including the vociferous Martin Bashir, blamed Romney for commenting on the attack and questioning the lack of outrage from the administration. If the curious reader should look up Bashir’s NBCNews page, they would find a line-up of stories attacking Romney that could easily be construed as a branch of the Obama campaign strategy.

No wonder good people across America are becoming discouraged: every Gannet newspaper, every AP article, virtually every MSM station universally give Obama the benefit of the doubt. The president is unquestioned and unchallenged in popular and elite media today.

He can do no wrong; tell no lie. Objectivity be hanged–Obama won and displays our evolving enlightenment to the world. Further, the polls touted and dissected by the Main Stream talking heads strangely enough only support Obama’s supposed popularity. 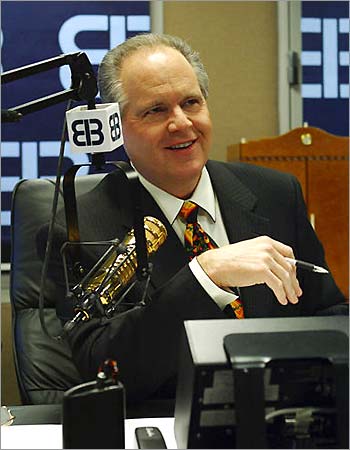 Rush Limbaugh at the EIB studio

But patriots are wising up. Unlike 20, 10, or even 4 years ago, hundreds of thousands of us listen to talk radio and scour new digital media for the truth buried behind the MSM smoke screens. We have Rush and Mark Levin and Hugh Hewitt and Dennis Prager.

We have Breitbart.com and Townhall.com and Hotair.com (and yes, even RightVoiceMedia.com). We have Hillsdale College’s Constitution courses and Prager University. We have every information source we need to be astute and discerning.

Why then so much palpable discouragement when real polls that are scientific show it’s a neck and neck race? Why do so many solid conservatives judge the election to be already lost? Because those down-cast Americans are not engaging. Consider the Right has the team, we have knowledgable coaches, we have an ace quarterback and a receiver with great hands and unstoppable wheels. But we’re only playing prevent defense and there’s no one cheering in the stands. Sometimes momentum is everything.

We learned this the hard way in 2008 as Obama excited the young voters, utilized new media, and won the election. This time around, 4 years later, that same youth vote is not as energized, and many voting blocks are polling with lower percentages favoring Obama. The Right needs a new play, an end run…an Elisha moment. The story of this Old Testament battle comes to mind: the king of Israel was surrounded by the enemy and paralyzed by fear. Elisha spoke in 2 Kings chapter 6:

17 And Elisha prayed, “Open his eyes, Lord, so that he may see.” Then the Lord opened the servant’s eyes, and he looked and saw the hills full of horses and chariots of fire all around Elisha.

That’s where new SOCIAL media, especially Twitter, which is instantaneous and real-time, comes into play. We may all have credible, powerful information, but without unity and action despondency overcomes good intentions. However, if on a daily basis, conservatives are connecting with thousands of other right-minded folks, hope is renewed and the MSM thwarted in their game plan of overwhelming discouragement.

We can end-run the Main Stream Media right into the red zone! Our side can be energized as our eyes are opened and we realize we are not alone, not by a long shot. As Paul Ryan exhorts, “We can do this thing! We can turn this around!” And we can!

We have the facts, we have sound economic and Constitutional principles on our side, AND we have the sheer numbers! If we are wise and use, really use, Twitter and social media, this could very well be the year of the Great MSM End Run, and the future of our exceptional Republic might just be saved! 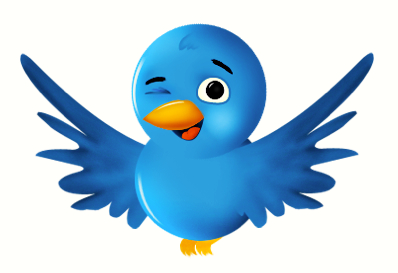