During the bad old days of the cold war, pundits suggested that the West should never fight China because its population was so large they could march ten abreast into the Pacific Ocean, and would never run out of people who could fight.

I wasn’t worried about that because I knew the West could develop technologies which could overcome the pressure of sheer manpower. However, today we face a foe who we may not be able to defeat. And that foe is not a foreign power. It is something which we have created within our own borders.

For as long as I remember, I was taught to follow the rules.

In school, this was extended beyond personal actions to an understanding that government was the physical manifestation of the formal rules which society used, if I might borrow a phrase, to “…establish Justice, insure domestic Tranquility, provide for the common defence, promote the general Welfare, etc.” 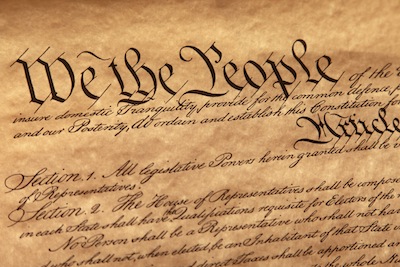 For most of our existence as a Republic, the rules set down by our founders were studied, learned, and followed by the great majority of people who were, or wanted to be, citizens. If you were born here, these rules and values were mother’s milk. If you immigrated here, everybody from your boss to your parish priest expected you to learn the rules so that you could become a citizen.

My Mother’s parents came through Ellis Island from Hungary. Although they knew very little English, they did not allow their children to speak Hungarian at home because, “you are Americans.” Learning the language was just one of the rules that you were expected to follow to fully become American.

Sadly, it is becoming clear that we are no longer in a country where rules matter.

This has not been an abrupt change. It has gradually happened over the last 50 years. Values changed little-by-little. There were very small, seemingly innocuous, philosophies and decisions which caused the shift.

You don’t want kids to become sad because their team lost? No problem – don’t keep score. Don’t think that it’s fair to hold kids accountable for preparing to compete for college? Simple. Create special categories to help “disadvantaged” groups get a leg up. Don’t think it is fair that “citizens” are the only people that get to vote? No problem.

Today, the “chickens have come home to roost.”

An administration which rode to power with the promises of transparency and integrity is showing itself to be worse than any administration in living memory. There are three major scandals currently being exposed.

Bengazhi: where a US Ambassador and his security staff were left to die while the administration focused on managing talking points rather than providing life-saving support. The IRS: led by an administrator who visited the White House more often than any other government official, the bureau used its power to attack and intimidate those who had a different political point of view than the President. The FBI: far worse than Nixon’s enemies list, the administration used its investigative powers to snoop on independent journalists and went so far as to label a respected reporter as a “co-conspirator” in a criminal investigation.

As bad as these all are – and they are, it is vital to remember the timing of the exposure.