“Have you no shame?” These were the words addressed to Sen Joe McCarthy during his infamous anti-communist Senate hearings.

Subsequently, regardless of the merits of his allegations, Sen McCarthy was driven out of the public square and his concerns about communist infiltration of our government were dropped from the public consciousness.

For all of human history, shame has been one of the most powerful emotions for driving normative behaviors.

Shame has been used by Presidents, Priests and Parents to control soldiers, children and mobs. Authors as diverse as Shakespeare, Hugo, and Dostoyevsky have used shame as the central motivation of some of their most memorable characters.

In fact, it is often the protagonist’s response to shame that drives them to do humane and monumental things. To paraphrase Gordon Gecko, “shame, for the lack of a better word…is good.”

But in our baby boomer wisdom, we have decided that shame is something that one should never, ever have to feel.

This is accomplished by making sure everyone gets a trophy for participating, instead of just those who excel. It is done by doing away with grades and scores in classes and sports so that no one will ever feel “less” than the best. 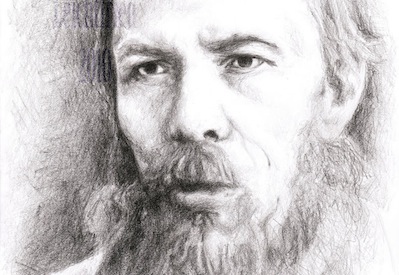 Subsequently, we have to deal with the inevitable effects that are never considered by the wise educators and politicians who are concerned about temporary emotional discomfort. We have a culture which is unwilling to demonstrate any restraint of behavior. We have a society that does not even recognize that some behavior is actually shameful and should be treated as such.

Some of us are old enough to remember a time when being pregnant out of wedlock was something that “good girls” didn’t do. Of course that wasn’t true, but the fact was that putting the cart before the horse brought shame on the girl, the boy, and both families.

Before abortions were universally available, the unplanned blessed event led to either a “shotgun wedding” or an extended visit to an out of state aunt. I would strongly suggest that the desire to avoid the shame of an unplanned pregnancy was more successful at preventing them than all the subsequently created sex education courses.

Since those benighted days, with the removal of shame, we have concurrently seen the rise of shock reality TV, and other ways of demonstrating the ability to be just as offensive as creativity allows. 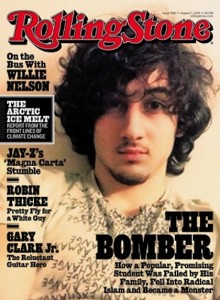 Whether it is being falling down drunk with your friends from the shore, discussing the number and types of incredible things you choose to eat, or asking Maury to determine which of a small crowd of young men are your baby’s daddy, people today have no conception that they truly should be ashamed of their behavior.

This week, we have seen, what may have been the cherry on the sundae of shamelessness.

Rolling Stone, once a respected music publication, made the decision to put the Boston bomber, Dzhokhar Tsarnaev on its cover. Others have commented on how the magazine has given this animal the glamour treatment. And many celebrities and businesses have refused to condone this. But the real issue is that it clearly never crossed the editors’ and publisher’s mind that a normal, decent human member of society would never, ever use that picture in that way.

Shame on you, Rolling Stone.