Rebellion to tyrants is obedience to God.

And the same Thomas Jefferson who wrote:

West Point created the Combating Terrorism Center after the events of 9/11, in an effort to prepare cadets for the new and dangerous environment of suicidal enemies and thwart future attacks. Sounds good and noble, and in the context of West Point should be well-founded. 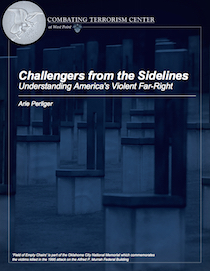 Dr. Perliger’s bio boasts, “…In the past decade Dr. Perliger has studied extensively issues related to Terrorism and Political Violence, Politics of Security, Politics of the Far Right in Israel, Europe”, and yet he seems afflicted with terrorist event amnesia.

Was it not fundamental Islamists who flew planes into the Twin Towers? Was it not Islamist Jihadis who bombed the USS Cole? Was not the number one terrorist in the world Usama bin Laden, the hero of Al Qaeda…one of the most evil, Islamist terror organizations in the world?

Why then would Dr. Perliger, a Golda Meir Post-Doctoral Fellow at the Hebrew University of Jerusalem publish a study inferring a threat of violence from the right in America?

Millions of Constitution-loving Americans identify themselves as part of the “Right.” And what was once merely a Conservative in the lexicon of political discourse, is now labeled “Far-Right”.

However, the Left is almost never caricatured as the “Far-Left” in media, in spite of their adherence to Socialist (and worse) tenets!

On page 4 of his study Dr. Perliger writes concerning those he labels “far right”:

They also espouse strong convictions regarding the federal government, believing it to be corrupt and tyrannical, with a natural tendency to intrude on individuals’ civil and constitutional rights.

He continues his assertions:

…the fundamentalist stream, which includes mainly Christian Identity groups such as the Aryan Nations...

Excuse me? With all we know of terrorism in the world–with the dramatic rise of antisemitism and radical Islamo-fascism, and the proliferation of hate-infused madrassas–Dr. Perliger’s thesis misdirects blame to “far-right” Christians and Jews? Additionally, he mis-appropriates the term “Christian Identity Group” to the heinous Aryan Nations.

Farther in the study, on page 17, he posits:

The far right represents a more extreme version of conservatism, as its political vision is usually justified by the aspiration to restore or preserve values and practices that are part of the idealized historical heritage of the nation or ethnic community.

Dr. Perliger paints those who wish to “restore or preserve values and practices” of our national heritage (could he possibly mean The Constitution?) as extreme and violent. But it gets better. Next the good doctor gets into the real red meat–those “pro-life extremists”!

During 1979, for example, two well known speakers of the evangelical movement at that time, Dr. C. Everett Koop and Francis Schaeffer, consistently claimed during a speaking tour that Roe v. Wade“symbolize[d] the triumph of evil over good.”

Can he seriously be judging Dr. C. Everett Koop and Dr. Francis Schaeffer to be “far-right” extremists? Dr. Koop was one of our nation’s most highly regarded pro-life and pioneering surgeons, who accrued medical fame performing successful separation of conjoined twins on several occasions. Dr. Francis Schaeffer was one of America’s most highly esteemed Christian thinkers whose teaching of Apologetics will long endure. Both men were gracious and intelligent; both wholeheartedly pro-life.

Contrast Dr. Koop’s and Dr. Schaeffer’s legacies with that of the many Islamist terrorist groups which celebrate death! Consider that the motto of Hamas is “We love death as much as the Jews love life.”

Dr. Perliger’s study is 147 hard-to-fathom pages, chock-full of socialist and subversive analysis: read it and be horrified that such a work can be attributed to an “expert” embedded in West Point’s Counter Terrorism Center.

Bill Wilson of the Daily Caller said it well:

Individuals enlisting in the U.S. Armed Forces must swear an oath to “support and defend the Constitution of the United States against all enemies, foreign and domestic.” But what happens when the only crime perpetrated by the “enemy” is supporting and defending the Constitution?

Thomas Jefferson would be appalled and infuriated that the very institution he signed into being houses a so-called expert touting anti-liberty, anti-Christian, anti-founding document rubbish. Jefferson would agree with Bill Wilson: Dr. Perliger should be immediately fired and his study should be deleted from digital memory and placed in the dung-heap of erased cyber directories.

Rather than Perliger’s abominable, anti-American study, let the cadets memorize these fine words of Thomas Jefferson: 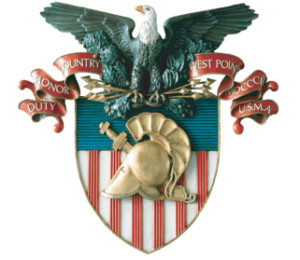