We in the West like a good craze. Lately, Socialism is a craze that has caught the youthful imagination.

To many, Socialism sounds like a great idea. Western kids have been taught to share, to be naturally charitable and considerate of others. From there, it’s a short mental trip to thinking that Socialism is good and fair, and that’s about as far as casual thinking goes.

But the dream of Socialism belies the reality of oppressive Communism; so it is helpful for Western intellectuals to get some perspective on what it’s like to actually live under Communism, to escape from Communism; and to appreciate what it means to be able to live and to be free in the West, in the lands of opportunity.

In his book, Without Illusions, A Life Journey from Hungary to Canada, Peter Urban brings us this first-hand perspective. Through Peter’s eyes, we get to see what it’s like to live under Communism, to escape Communism, and to appreciate the liberty that is often taken for granted.

Peter was a teenager in Budapest, Hungary during the populist uprising of November 1956. He was one of the 250,000 or so who fled the retribution and repression of the murderous Soviet regime. Fortunately, Peter kept a diary, and the excerpts are fascinating.

Escaping Hungary through the Iron Curtain, Peter and his friends were granted asylum in Yugoslavia. They didn’t get a pass – they got incarceration and work. By a twist of fate, Peter avoided being repatriated to Hungary.

Eventually, Peter was sent to Italy, where he got his first taste of liberty in the West. As he wrote, it was “a totally new world … the openness and unabashed joy on peoples’ faces in Trieste … was so striking.”

From Italy, Peter immigrated to Canada where at the age of nineteen he got his first real Western job in a restaurant, began learning English, and started to work his way up.

It’s fun to follow Peter’s discovery of Western ways through the appreciative eyes of someone who has never experienced them before – different foods, different social customs, learning how to dance, learning the language. It’s also somewhat unnerving, the idea of having to learn to “fit in” in a completely new world.

Ironically, Peter’s knowledge of Russian language and culture turned out to be an unexpected blessing that helped him complete his higher education and finally launch his professional career.

In one outstanding passage, we learn a lot about the Soviet political conditions in Hungary at the time of the of 1956, as Peter writes about his father, a reporter and publisher:

Father was there, in every ceremony, reception, religious procession so that he could record these historical events for his two journals … The day after the special edition was on the newsstands; my father never made it home that evening. As we found out later, the State Secret Police had arrested him and locked him up in the local headquarters on Toth Kalman street. He was never formally charged with any crime, indeed what could have been the charge? That he had reported the events of those days in his legally published newspapers?

What was certain, that his bi-weekly provincial newspapers would never again appear in any news-stand. His journalist permit was taken away, his rented printing shop was closed forthwith, and never again could he publish a word until his death in 1989 …

Only much later mother had told us that dad was on frequent “questioning” sessions at the station of the secret police and was being “persuaded” often with night sticks, to accept the “offer” of becoming a reporter at one of the national daily newspapers …

Within a few weeks five prominent physicians of the small town had certified and declared Gyula Urban, former journalist, is suffering from a serious mental condition and was immediately locked up in the hospital’s most secure mental word. This is how my father escaped from the hands of the State Secret Police in late 1948 …

Peter’s father would be very proud of this reporting. I’m glad the Communist Iron Curtain was parted for at least long enough for both Peter and his message to get through. The West is richer for immigrants like this.

Peter’s original book comes in both Hungarian and English versions together. He has graciously republished the English version as a free PDF file that can be downloaded here:

Without Illusions, A Life Journey from Hungary to Canada

If you would like to hat-tip Peter, at his request, please make a small contribution to the Wounded Warrior Project.

You may know Peter Urban as @eurobird on Twitter, and he’s on Facebook here. If you have any questions or comments, I’m sure Peter would like to hear from you.

It is said that a wise man learns from the experience of others. If that’s true, then this is our chance to be wise. Thanks, Peter, for the story of your experience, well-written and well-preserved in this wonderful book. 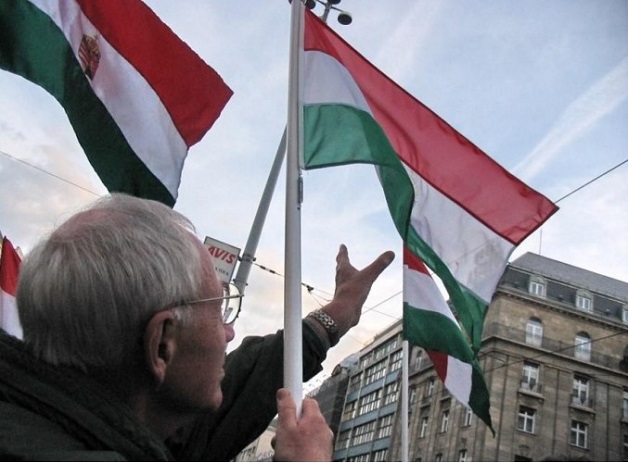 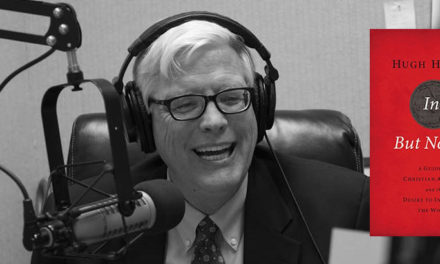